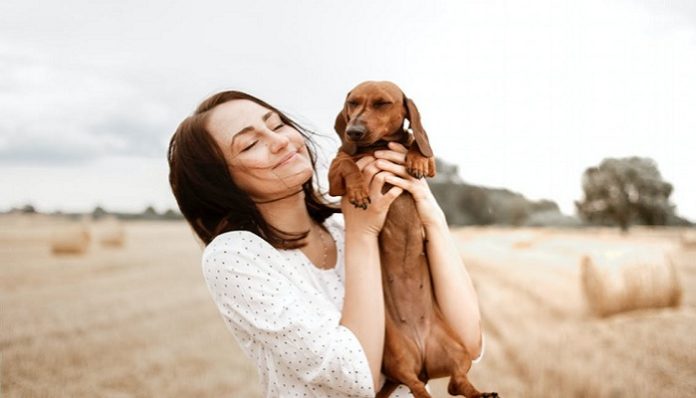 Dogs. Man’s best friend. Fur babies. These terms of endearment show just how important dogs are to some families. Some people have grown up around dogs all of their lives. Some only became fur mamas and papas in their adulthood. And others don’t have a dog of their own but will always be your go-to sitter and dog walker. But no matter your relationship or the story of how you became a dog owner, there are several universal truths that you know and recognize. So here’s a list we compiled.

Have you ever intentionally said something in a higher pitch just to get your pooch to do that cute head tilting reaction? Sometimes people in the household can be having a conversation and paying no mind to their dog. But the tilts come anyway because you may have unintentionally said one of their favorite words like “ride” or “park.” No matter the reason, dog owners will always love these moments and even find themselves watching cute TikToks of dogs doing these funny little tilts.

Dog owners know that, unfortunately, certain breeds of dogs have earned a bad rep. Pitbulls, German Shepherds, Rottweilers, and Doberman Pinchers are a few breeds frowned upon by individuals who don’t have dogs, housing authorities, and even media portrayals. However, ask any dog owner, and they will more than likely tell you that just because there were a handful of these breeds that once happened to be aggressive doesn’t mean that the entire breed of dogs deserves to be looked down on. Personally, some of the sweetest dogs I’ve met were one of the breeds mentioned above. So don’t associate one character trait with an entire group of dogs.

3. The magic of peanut butter

Anyone who has tried to give a dog medicine knows that simply giving them a pill or adding it to their food often doesn’t work. Usually, dogs are smarter than we give them credit for, and they can sniff when something that doesn’t belong is in their bowl. To combat that, hail the magic of peanut butter. Dog owners have been using creamy peanut butter to hide pills for their pups since it has a high success rate. Note: Be careful which peanut butter you give to dogs as they are allergic to Xylitol, an ingredient found in low-fat and low-sugar peanut butter varieties.

4. They’re family as much as humans

Dogs are an ingrained part of our families. We include them in our photos, vacations, and special moments (Best Dog, anyone?). If we are invited somewhere, we ask if they can come along. We use doggy play dates as a chance to see friends while also not letting our pups feel left out. We give them stockings at Christmas and even save them some of the best table scraps. All dog owners will agree that dogs are family.

5. Dog hair is the most stubborn thing to remove

We adopted a dog. We chose to love them, care for them, and make them ours. However, no amount of preparation can prevent the dog hair they’ll shed from sticking everywhere. Many dog owners know they can clean the floor only to turn around seconds later and see another furball rolling across the kitchen floor like a tumbleweed in a Western film. To help with that, there are car seat covers to keep your seats hair-free, Roombas to vacuum for you, and slipcovers to save your furniture. But we all know a piece or two will escape just to taunt us. We just accept this.

Whether you have gotten your pooch as a puppy or an older dog, it’s important to train your furry friend. The key is being consistent, firm, and making your expectations clear. For example, if you’re training your dog not to jump, tell your friends and visitors not to allow your pet to jump on them when they come over. Make sure to carry your training with you wherever you go and stay firm with commands. It’s also a good idea to bring treats with you to reward your dog. That way, your furry friend will learn to respect you and be obedient. There is plenty of literature available for training tips and tricks, and if you can/want, there is no shame in hiring a professional.

Owning a dog is one of the best experiences in the world. After all, they’re man’s best friend! How many of these situations do you relate to? Let us know in the comments below!

Why You Stay Far Away From The ‘Good Guy’