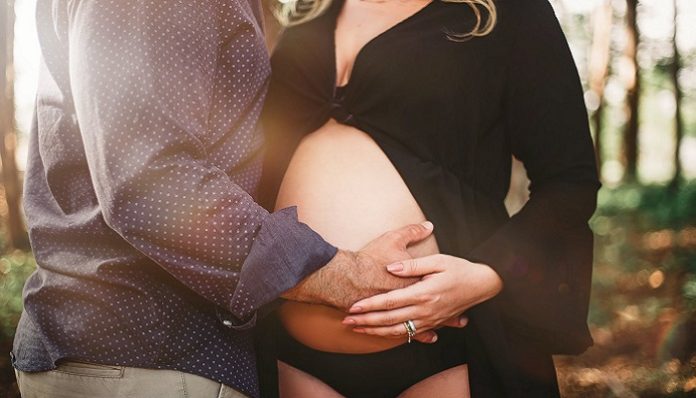 Editor’s Note: This article was originally posted in April 2016.

The news of a proposal within the Swedish government to allow men the right to chose a “legal abortion” within the first 18-weeks of a pregnancy struck me quite literally as mind-blowing. I immediately remembered a conversation I had with my mother when I was in my late teens about how she would feel if I became pregnant and her response that she was more concerned about my brother and teen pregnancy.

Unlike women, if my brother unintentionally got a woman pregnant, the decision about whether or not the baby would be born would largely be out of my brother’s hands.

I now have two boys of my own, so this was far from the first time I’ve found myself thinking about that genuine dilemma — and how often we fail to ensure that “equal rights” really do mean equal rights.

Every time my friends who only have daughters talk about their concerns that a boy may rape their daughters, my mind flashes the silent concern, “What if my son is falsely accused of rape?”

Every time my friends who only have daughters talk about their excitement that their daughters are taking part in a thrilling new girl empowerment program, my mind flashes the silent disappointment, “What message is my son hearing when there is no program teaching him all of the amazing things he can be?”

It certainly isn’t that I don’t understand the statistics and the real threats women face from men every day. Believe me; I have enough real-world experience to get it all too well. I don’t see the world getting better for our girls (and the women they will become) if we don’t make sure our boys are taught to be the men they deserve — and vice versa.

So back to Sweden’s legal abortion concept (which desperately needs a new name, but that’s a whole other issue), I have to say, I like it.

I brought up the idea to my friend to get a male perspective and was in shock to find he disagreed. His opinion was that two people decide to have sex. Therefore, those two people bear equal responsibility for the pregnancy and the child, so the man shouldn’t get an “out,” so to speak.

I understand his position, and I agree to an extent. If I were pro-life and believed that the only choice should be to carry the baby to term and then either raise the baby or give the baby up for adoption, I would agree with him entirely. But I don’t believe that life or pregnancy is quite that simple, and so we must address the greater complexity of the issue.

As things stand right now, should a woman become pregnant, these are the options available to the father:

Whatever you may personally feel about any of these options on a moral or religious level, what is objectively clear is that women have an unfairly heavy advantage in this particular battle of the sexes.

To be crystal clear, I am all for a woman’s right to decide the fate of the pregnancy.

I would never advocate for legislation that would require a woman to carry a pregnancy through to full-term because the father demands she does so. And I personally cannot stand it when men say “we’re pregnant.” I’ve had two high-risk pregnancies, one of which almost led to my own death after childbirth. You, sir, are most certainly NOT pregnant.

A woman should not be allowed to take a man’s entire life and financial earnings hostage because they made a mutual decision to have sex that resulted in a pregnancy. Under the Swedish proposal, he doesn’t get to decide the fate of her body for the next 9 or so months, and she doesn’t get to decide the fate of his life for the next 19 years. Seems like a pretty fair compromise to me.

Family courts are overrun by unnecessarily bitter custody and support battles. Many of these cases are your average divorce that would be happening regardless. Many results from unintended pregnancies that bound two people together for two decades who never should have been together beyond that one night. The establishment of a legal method through which men can make their intentions towards their unborn child legally binding to the mother seems to be a gift to everyone involved.

In particular, I could easily see the following benefits arising:

Of course, this is all speculation, but so is the concept. To me, it all just makes sense.