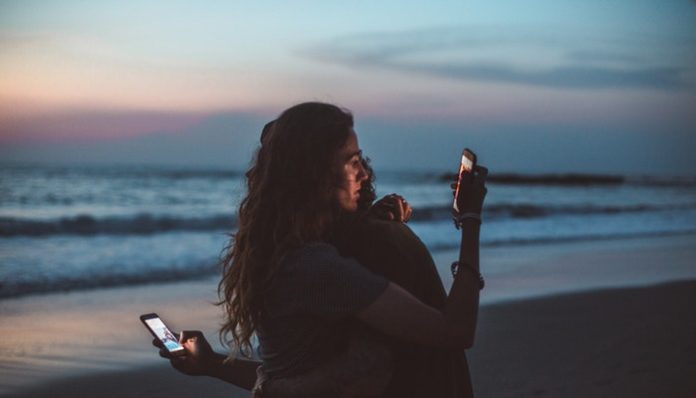 Millions of people around the world are trying to find love online as we speak. For years I was one of them.

In the wake of my divorce in 2007, over a period of five years, I went on hundreds of dates — most of which went on to involve a sexual liaison of some kind — because I was searching for someone to replace my wife, and because it was easy and I was trying to outrun my pain. Click and you’re on.

I expected to be able to find something perfect out there in the ether, beyond my laptop.

I went halfway around the world looking for the perfect woman: from Sydney to New York, San Francisco, Los Angeles. A burlesque dancer. An escort. An actress. All incredible women with so much to give but who couldn’t deliver the instant bolt of love I had convinced myself was a prerequisite for any long-term relationship to blossom.

When I did get that “glimpse of eternity”, to borrow a great line from Stephen Vizinczey’s In Praise of Older Women, with an eccentric but beautiful artist who lived just around the corner from where I live in Sydney, our love affair ended after six months.

I was stuck in traffic when my daughter said something that changed my life. I was bemoaning my life. Getting frustrated and pissed off. Clenching the wheel. Then my little girl piped up from the back seat. “You know, Dad, you could try a little patience. Then you might find life gets easier.”

Out of the mouths of babes. She was absolutely right.

We seem to have lost patience with everything. Reading is slowly becoming non-existent. We channel surf, move on if a web page takes more than five seconds to download and throw away perfectly good things. It’s quicker to replace something than repair it.

We take our smartphones to dinner and no longer listen. We like, poke and tweet. Putting selfies on Instagram whenever we cannot bare the weight of being by ourselves.

When something comes along that’s newer than what we already have, our instinctive reaction is to throw away and upgrade, as quickly as possible. Just look at the ridiculous cult of Apple and its products. People sleep outside a store overnight to get their hands on a phone? The world’s gone crazy.

A major repercussion of this phenomenon is that relationships — the bedrock of our society — are being treated with the same impatience as everything else. Facebook has caused one in five US relationships to break up. One in three in the United Kingdom. Those figures have some margin of error, of course, but they’re not too far from the truth.

That’s because our global culture of instant connectivity but perpetual distraction is destroying relationships and marriages. We’ve disconnected when it comes to emotions. I’ve dated women who should have had their iPhones surgically grafted in their wrists.

Patience and forbearance are some of the most crucial ingredients of any relationship. Patience when times aren’t good above all else.

Formerly happily monogamous men can become dreadful bounders because of the internet. Technology encourages men — and increasingly women — to play around. In fact women, I have found in my experience, are becoming just as callous and predatory as men.

The verb “to love” — the action of love, showing love, giving love — is just as important as the feeling of being “in love”. In this overconnected world, we’re in danger of forgetting what a true connection really means.

And that is tolerating what it is that makes us human. Not thinking of each other as faultless avatars on a computer screen.

As my daughter said in that traffic jam, it all starts with a little patience.

5 Black LGBTQ+ Memoirs You Should Add To Your Reading List