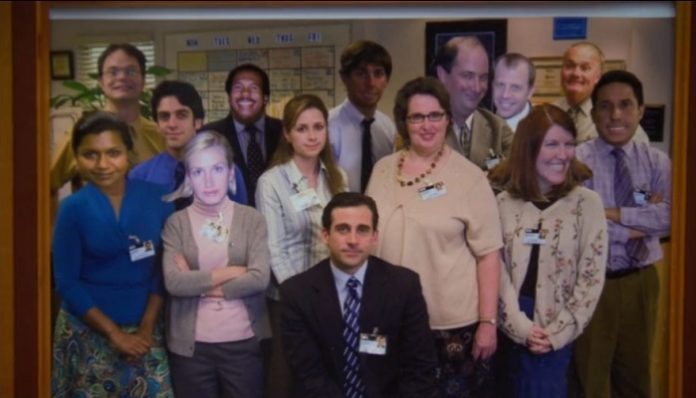 There’s a lot of reasons why people love The Office. The plot, the awkward comedy, the relatable setting — there are so many hilarious elements.

But what makes The Office stand out from a lot of other shows though is the characters, and sometimes, we find similarities between the quirky employees of Dunder Mifflin and ourselves. Add astrology to the equation, and we’re left wondering which Office character are we, based on zodiac sign?

There’s a character we may feel like we have been in our life.

Whether it’s Andy trying to prove to his family that he’s a success, Toby always feels like he’s out of luck with the way life is going, Pam having a dream of making it in big in art one day, or hard-working divorced father Darryl who feels like a victim of the restraints society puts on him.

Now, you can get an idea of which character best accurately defines you the most.

Which The Office character are you, by zodiac sign?

Aries loves to compete and Dwight is nothing less than a competitor. It was always his dream to be regional manager of Dunder Mifflin, and his determination led him to achieve that possibility. People with Aries zodiac signs also have those kinds of goals.

Taurus tend to be people who are much calmer and laid back, which accurately defines Jim during the earlier seasons. He didn’t care much for Dunder Mifflin and saw it as just another 9-to-5 job.

Geminis have very short attention spans, so Kelly Kapoor best fits this zodiac sign. Someone who loves nothing but celebrity gossip and Ryan? Bingo. For the most part, Kelly seemed very bored with her job due to the slow-paced nature of customer service. Gemini would act very much like Kelly if put in her shoes.

Cancers are very emotional, which is just like Kevin, who took any sort of attack or love towards him emotionally. For instance, when Kevin owned a bar at the end of the show, he wouldn’t give a drink to Dwight because he fired him several months earlier.

Leos value artistic talents, which fits well with Pam. As someone who dreamt of being a famous artist one day, Leos always can find themselves doing some kind of creative work.

Virgos value reason, which is just like Oscar; as the smartest accountant, he’s perfect for that role. Virgos find themselves fact-checking any statement their friends say, much like Oscar.

Libras love to have relationships in the public eye, and so did Michael. He would constantly show his coworkers who he was dating, like during the episode “Dinner Party,” where he left the camera visible in his room to show to Jim and Pam that he was sleeping with Jan.

Starting something for yourself or creating a business is something a Scorpio values. And it’s exactly like Ryan. Scorpio can be the leader, a trait that Ryan was all too familiar with.

Sagittarius value adventure, like Mose, Dwight’s cousin, who is played by Mike Schur, a producer, and writer on the show! Someone who goes along with whatever Dwight has in store for him, Sagittarius see themselves going out to different countries or exploring different areas in their neighborhood.

Capricorn values meditation and relaxation, which is Stanley Hudson to a fault. All he wants to do is retire and relax. Capricorns can relate to the days of sleeping on the beach, whereas their desk job doesn’t let that happen.

Aquarius are thought leaders in their own right. And Creed definitely has thoughts running through his head all the time.

Aquarius may not be leading a cult like Creed, but they do follow the same kind of thought process.

Someone who loved create all kinds of gloves or clothes, Pisces finds themselves working on different projects — painting their house or crafting a table — just like how Phyllis knit.