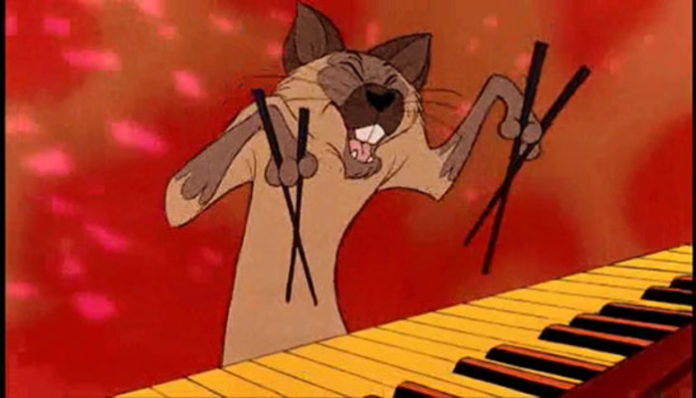 For nearly 100 years now, Disney has entertained us with movies, TV shows, and cartoons. While we all fondly remember the classics from our childhood and enjoy all of the modern releases with our family and friends, we often don’t realize (or don’t remember) that all the Disney movies from the first half of the 20th century that contained tons of racism. In case you forgot, here are eight times that Disney has been racist in its films.

Although the focus of the film is obviously an elephant, Dumbo contains a scene with a group of cigar-smoking crows. The crows generally appear stupid and lazy — which is how many racist Whites viewed the black community during the time of the film’s release. What’s more, the crow’s leader, Jim Crow, referenced the racist segregation laws of the South.

Many applauded Disney’s decision to start creating stories from other parts of the world when they created Aladdin. However, did you ever stop to think about the fact that none of the leading characters look Middle Eastern? The sultan looks like a short, white Santa while Aladdin looks like a typical American male in his early 20s. Maybe that’s why they released the live-action version with racially-diverse characters?

Yes, Disney even found a way to perpetuate racial stereotypes in a movie about dogs. When Jim Dear and Darling leave town, Aunt Sarah comes to visit and brings along her two mischievous Siamese cats. The cats perform a song to introduce themselves, and it contains stereotypical “Asian” music and accents. Of course, let’s not even consider the fact that Disney portrays these cats as villains right after World War II.

In addition to the violence and rule-breaking in this “classic children’s movie,” Peter Pan portrays Native Americans in a disrespectful light. The entire campfire scene in the Native American village is offensive at best, especially in the song “What Made The Red Man Red.” Furthermore, we see Pan and the Lost Boys inappropriately wear Native American regalia.

Much like Lady and The Tramp, this film about cats takes racial stereotypes to an extreme. Not only do the wealthy cats have British accents while the others don’t, but the lone Siamese cat in the film interjects a piano interlude and sings about Asian food with a stereotypical Asian accent during the jazz tune.

In case you missed it (because there’s a lot going on in Fantasia): The centaur scene not only communicates gendered expectations for men and women, but it also includes blatant racial politics. For starters, all of the centaurs end up in color-matched heterosexual pairs. Secondly, the original centaur scene included a pickaninny slave to the female centaurs as well as “exotic,” brown-skinned zebra servants.

Towards the end of the Civil Rights Movement, Disney decided to release a film with serious racial undertones. King Louie the orangutan portrays exactly how white people typically viewed blacks during the 1960s. Even though he’s the king, Louie just wants to be “like the other men” because he’s “tired of monkeying around.” His vocabulary is also far less sophisticated than virtually all of the other animals’, which speaks to the concept Disney tried to portray here.

Song of the South is arguably Disney’s most controversial film, and if you’ve seen it you can probably guess why. In fact, the NAACP condemned the film by saying, “…the production helps to perpetuate a dangerously glorified picture of slavery … [the film] unfortunately gives the impression of an idyllic master-slave relationship, which is a distortion of the facts.” Of course, the film was never allowed into theaters when it was released and Disney refuses to include it on their streaming service.

Since releasing the entire Disney Vault on its streaming service,  Disney+, the company has thankfully added historical notes and context into the descriptions of many of these films (and others). These disclaimers about “outdated cultural depictions” possibly show that Disney as a company recognizes the errors of its ways, but is it too little too late?

For now, we can all just use these classic Disney films as teachable moments for ignorant friends and family members while we keep our fingers crossed that Disney tries to do it right from here on out.