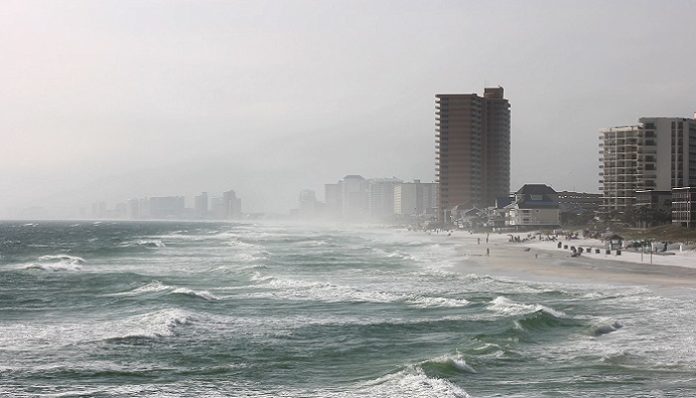 If you’re on the Atlantic coast, you may want to stay out of the water for the next few days….

Hurricane Chris marks the first hurricane of the 2018 season.

According to the National Hurricane Center, the storm has now become a Category 2 storm. A typical Category 2 storm brings strong wind and rain up 110mph, which often downs trees and shuts off power.

They estimate the hurricane will sustain winds of 105 mph and strengthen into the week.

Currently, the projection for the storm is to move towards the Mid-Atlantic States, specifically, North Carolina.

Experts predict that by later on today, it will strengthen to a category 3 storm, meaning winds up to 130mph with intense rain with substantial property damage. Beachgoers have been warned to watch the rip currents this week as Hurricane Christopher makes its way up the coast. The expectation is that the storm won’t make landfall on the US, though.