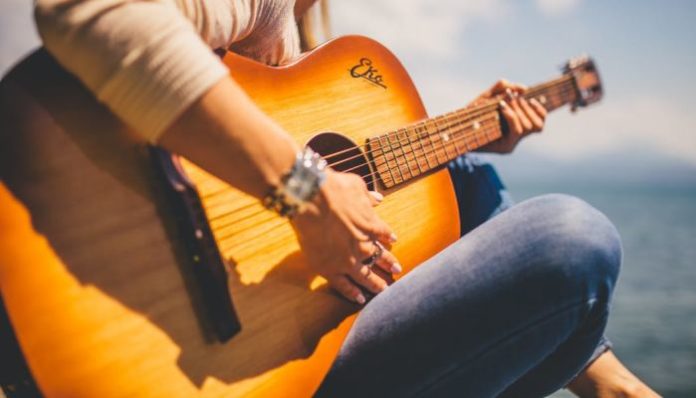 A big part of my high school experience was something called a “Coffee House.” This was where students would audition to sing and play a song in a show that ran through the lunch period once a month. During my time in high school, the coffee house was very popular. Not only did students always fill up the theatre room to watch, but many people auditioned, many students worked together to perform, and there was a wide range of musical variety. I was very disappointed when I heard that my high school’s monthly coffee house is continuously being cancelled.

Needless to say, not only is the 45-minute show being cancelled due to lack of talent but also because there is a loss of interest so there is no one auditioning anymore. More and more we find that children don’t have the ability to play an instrument, nor have they ever tried. This is because our world has undergone a process of change where the arts are pushed away and described as a useless skill, and we are now becoming dominated by math, science, and sports, skills described as necessary and functional to society.

So where does this leave us then? It leaves us in a world where only older generations have the ability to properly play an instrument. It is sad to say, but children aren’t passionate about music the same way other generations were in the past. Passion for playing an instrument like a guitar is exactly what produced some of the most legendary rock songs in the 1950s and beyond.

Passion is exactly what our music industry currently lacks.

What many people do not understand is that having the ability to play an instrument is more functional to the growth and success of a person than most realize. Playing music works a different part of the brain than other subjects, and as stated by the Telegraph, “These parts of the brain that control motor skills, hearing, storing audio information and memory become larger and more active when a person learns how to play an instrument and can apparently improve day to day actions such as being alert, planning and emotional perception.”

However, many instruments such as the guitar are no longer being picked up with a desire to learn how to play by children. Recently, the Washington Post explained that there has been a significant decline in guitar sales over the past ten years, putting famous guitar companies like Gibson in debt, and when Billboard asked the only three-time inductee to the Rock and Roll Hall of Fame, Eric Clapton, what he thought about this, he simply said “I don’t know. Maybe the guitar is over.”

Clapton’s statement is one that should be noted. When society’s most popular song-list is full of 3-minute choices that are nothing but computer sounds and modified voices, there is no need to have the ability to play guitar, piano, or many of the other great instruments that people used to love. What happened to the time where people had to bring in a full band in order to record a song?

Historically speaking, past generations provided the world with many different rock icons and guitar gods. Society produced legends such as Eric Clapton, Eddie Van Halen, Jimmy Page, Jeff Beck, Mick Jagger, Keith Richards, Steve Vai, and Jimi Hendrix. Unfortunately, society is no longer producing such talented musicians who will be relevant, talked about, and listened to for decades after their time such as these few named above.

So, in a world where traditional music is dying and one-hit wonders thrive, what can we expect for the future? Maybe the old coffee house at my high school where various musicians performed will be replaced with a show about who can make the best noise by pressing a button on their computer and rhyming a couple of words.

What do you think about this change in the musical world? Do you think it is important for children to learn an instrument, or should they just focus on other academics and sports? Let me know your thoughts in the comments below!