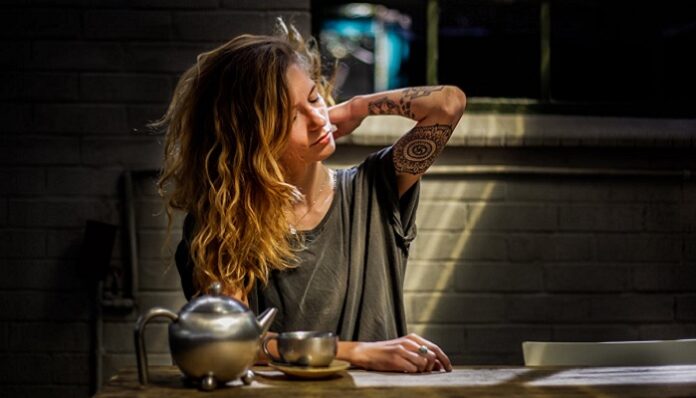 Who doesn’t love a good bitch session now and then? Sometimes it just feels good to complain and let your frustration out about something annoying or causing you grief. For some tweens and teens, complaining is their primary language.

When I was a teenager, I was in speech club, and if there had been a complaining event along with dramatic interpretation and debate, I’d have a cabinet full of trophies. I love to complain, and admittedly, there are times when I need to vent as an adult.

Can anything as therapeutic as complaining be harmful to your health? Unfortunately, the answer is yes because science has found that complaining isn’t only bad for you— it can shorten your life.

In an article on Curious Apes, author and student of human nature, Steven Parton, claims that complaining and surrounding yourself with complainers not only changes your brain in negative ways but it has a severe effect on your mental and physical health.

Here are the four ways he believes that complaining affects you.

1. You trick your brain into thinking negatively.

“Synapses that fire together wire together,” Parton says that this is the first phrase he heard when he was a neuroscience student and is still something he uses to help him make the big decisions of his life.

“Throughout your brain, there is a collection of synapses separated by space called the synaptic cleft. Whenever you have a thought, one synapse shoots a chemical across the cleft to another synapse, thus building a bridge over which an electric signal can cross, carrying along its charge the relevant information you’re thinking about.”

Every time this electrical charge is prompted, the synapses grow closer together, lessening the distance the electrical bill has to cross. The brain is rewiring its circuitry, physically altering itself to make it easier and more likely that the right synapses will share the chemical link and spark together.

2. You manifest your negative thoughts into reality.

“Through repetition of thought, you’ve brought the pair of synapses that represent your [negative] proclivities closer and closer together, and when the moment arises for you to form a thought … the thought that wins is the one that has less distance to travel, the one that will create a bridge between synapses fastest,” says Parton.

If everything is in place for negative thoughts, it’s much easier to go in that direction.

3. You mirror the thinking of those around you.

“When we see someone experiencing an emotion (be it anger, sadness, happiness), our brain “tries out” that same emotion to imagine what the other person is going through. And it does this by attempting to fire the same synapses in your own brain so that you can attempt to relate to the emotion you’re observing,” Parton explains. “This is basically empathy.“

When we complain, or our friends complain around us, it turns into a negativity spiral, making everyone that much more negative. Parton believes that if you surround yourself with friends who love to bitch, you’ll be continually trying out this attitude by firing the synapses in your brain and reshaping it in a negative way.

You can still be there for someone who’s going through a hard time and needs an ear, just not someone who’s in a constant state of complaint.

4. You’re killing yourself with all the stress that negativity causes.

Parton believes that curtailing the complaining habit is as crucial to your physical health as it is for your mental health.

“When your brain is firing off these synapses of anger, you’re weakening your immune system; you’re raising your blood pressure, increasing your risk of heart disease, obesity and diabetes, and a plethora of other negative ailments,” he says. And the stress hormone cortisol is one of the main factors in the damaging effects of stress. When you’re complaining, negative, and bitter, you release elevated levels of cortisol.

Parton says, “A failed relationship or a bad day doesn’t have to be a pinion to your wings; it can be an updraft that showcases to you what things you like and doesn’t like; it can show the red flags so you can avoid them. If you’re mindful of the lessons of the failures, there’s no reason you can’t make the default of every day better than the one before it.”

Don’t dwell on the negative — strive toward the positive and make that the easiest place for your thoughts to go to.

This is What Happens When Someone Cuts You Out of Their...