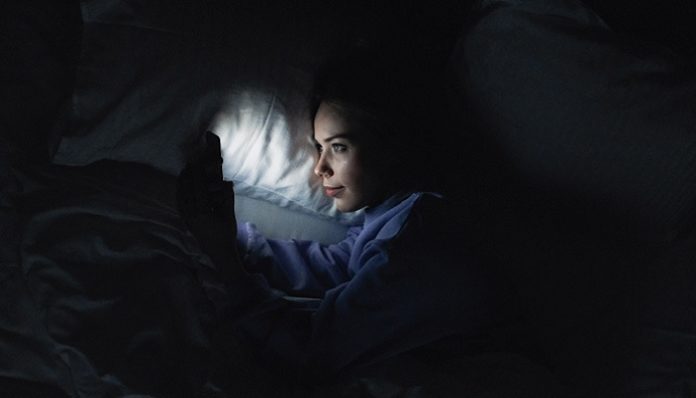 Have you ever lived through a situation and found yourself questioning how it happened right after? Or have you ever found yourself going over something in your head for days or even weeks in hopes of finding an explanation? These stories from Reddit show that this has happened to many people. Here are the best ones we found:

“I’m in the passenger seat driving home from a holiday and I’m looking out of the window listening to music when I see two birds. Both black and white, the one on the right flies past but the other one is completely stationary in the air but it’s still flapping its wings as if it was moving. It’s as if it’s stuck in the air, after what felt like forever because of how taken aback I was, it just continues flying. I had to stop my music to think about what I saw. It’s as if a video started buffering and then continued playing again”

Okay; if this was me, I would be strongly considering if I was stuck in a time warp and questioning, well….everything.

Come out, come out wherever you are:

“ I had this toy chest with a smiley face on it and it was constantly opened, and it would stay open for months on end maybe even a year when one day it just slammed shut as hard as it could. I would have just chalked it up to gravity, but there was no way it could have slammed like that, plus it was plastic so it was pretty light.”

Um, excuse me — I have seen way too many horror movies. This toy chest would be out on my curb THAT SAME DAY!

You can’t see me, I’m the disappearing man:

“Was driving around in Ontario at night with a friend a few years ago, out in the middle of nowhere. No other cars on the road. Saw a man sprint across the road just the edge of our brights, moving much faster than a man should move. When we got up to where he left the road, there was a large open field, and we could see it all because of the moon, but he was nowhere to be seen.”

I would have turned that car around SO FAST!

“I lived with my ex at one point and woke up groggy and felt a hand on my leg, my ex was on his right side facing away from me and I could feel a hand on my left leg. The minute it registered that something was touching me, it clamped down and grabbed, shifting me down the bed a centimeter before disappearing. It was terrifying!”

“I think one that stands out is when I had woken up in the middle of the night (probably around 3 AM, I’m sure, but cannot confirm fully) and I couldn’t move, and I heard a female voice say “I hate you, I really hate you” and saw a purple flash leave my body and then I could move again.”

Did you play with an Ouija board before bed? It sounds like the portal between our world and the afterlife was open.

Symbolic Messages from The Dead:

“The first paranormal encounter I had was shortly after my aunt died. I was probably about 13 and went to her daughter’s house to watch her kids while the adults made funeral arrangements. At this time those candle sets were really popular that have like the one short, one medium, and one tall candle as a decoration, and a set of those was sitting up on top of the fridge that my aunt had given to her daughter.

As soon as I walked into the kitchen to grab a snack for the kids, the entire candle decoration went flying off the fridge and onto the floor. The large candle broke into 3 large chunks. Immediately the phone rang. It was the funeral home calling to say they were really sorry but they had dropped my aunt’s headstone, it broke into 3 large pieces, and it would take a few days to get a replacement. It was pretty creepy, it was too cool to be a coincidence.”

This one gave me literal chills. I love when things have symbolism, and we don’t quite piece it together until later on.

“Had a weird experience back around 2005 after my dad died that wasn’t scary. Local grocery store used to give out plastic coins (from a slot machine game when you paid for your groceries) they were worth money off items, sometimes free stuff. My dad used to win the gold ones all the time (best one) and get free rotisserie chicken with them. About 8 months after he died, I was chatting with my mom and something hit the middle of the floor of the room. We both looked down to find one of these big Y plastic gold coins right there. Came from nowhere.

I like to think it was Dad saying hi, and messing with us. There might be a totally mundane explanation mind you. But it was weird and I really did test every way I could think of how it might have gotten there. Nothing looked the same.”

This is a good one to end on. I’ve always been hopeful that when our loved ones pass, they are still with us, even if we may not know it.

Reddit has a plethora of stories like these, so there were just too many to pick from to share in this article. If you’re ever in need of some exciting stories to get your mind’s wheels turning, browse and have fun. The stories cover everything from the supernatural to the just plain freaky. They could be great conversation starters with friends too. Who knows, maybe someone you know has an unexplained encounter story to share as well.

A Piece Of Advice To Those Scared To Love After A...