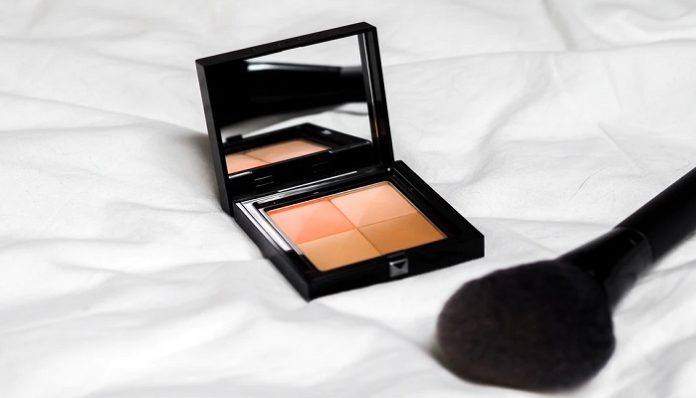 On Monday, July 2nd, Huda Beauty released its line of loose powders, Easy Bake, that carries a baking ingredient theme. When the product was announced last month, makeup enthusiasts quickly pointed out that it was similar to the branding of Beauty Bakerie, a small makeup company.

Accusations of copying filled Huda’s instagram page and users tagged Beauty Bakerie. Instagram user adoratory wrote, “Nice job ripping off @beautybakeriemakeup”. Rxobynn commented, “WOW EVEN THE LABELING IS SIMILAR TO BEAUTY BAKERIE. NO ORIGINALITY? Couldn’t even put a spin on it?? Down right rip off!”

The comments got nasty really fast. 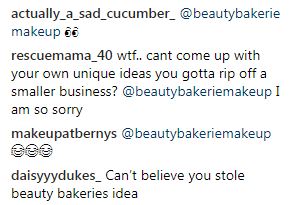 Then Huda Beauty was called out for deleting hate-filled comments.

It’s worth mentioning that the founder and CEO of Beauty Bakerie is Cashmere Nicole, who is black. This adds another layer to this controversy because the beauty industry is still behind when it comes to including people of colour (lack of recognition for black makeup artists and models plus very few options of foundation shades).

So, it looks like Huda Beauty copied an idea from a black woman and did not give her any credit.

This was not invisible to the internet. Several people noticed and made sure to speak up about it, specifically on Twitter.

If you’re intrigued by @hudabeauty’s cute bakery-themed launch, try checking out @beautybakerie, an indie company who did it first (with extremely similar, cute packaging). It’s also owned by a black woman who survived breast cancer and built her business from the ground up.

People are all in awe of this “completely original” idea in an over-saturated market with underwhelming launches. Nah, they just stole it from a lesser known brand.

I’m so disappointed! The packaging is super similar too, they didn’t even try to hide that they were copying.

hudabeauty after she realized she got away with stealing ideas from black women pic.twitter.com/QiaYRUSGu5

Although Beauty Bakerie didn’t ask to be at the center of this situation, it responded to this controversy in the most clever way.

They stayed on branding using the company’s motto “Better, not bitter” by posting, “To everyone “@” us from her page: always know there’s enough cake for everyone…imitation is the sincerest form of flattery. That’s why we’re better not bitter…#sweetlife”. An attached graphic also reads, “Hey Sweets, Everyone’s invited to the baking party, even Huda.”

Though the small makeup company addressed the situation, Huda Beauty has yet to respond.

This beauty blogger is not new to being called out for racial insensitivity.

In April, her website added a blog post titled, “Why Your Vagina Gets Dark And How To Lighten It” with a featured image of black rap artist Nicki Minaj. Teen Vogue covered this incident and found that audiences interpreted the post’s message as ‘lighter means better’. Soon after, the brand tried to recuperate from the backlash by adding an update to the post:

“We appreciate and respect everyone’s opinions on this subject and want to express that we do not feel lightening your vulva (vagina/lady parts/VJJ,) is necessary. Our goal is to give details for those who may wish to, by sharing expert advice from a leading dermatologist. We’ve seen a lot of harmful DIYs on the internet, so we hope this post provides the best information on the topic and offers safe ways for people to do this, should they wish to.”

The product has a diverse range of shades intended to be inclusive of all skin colours. However, Aina asked whether the company will feature “the women that are darker than tan, the women that are darker than Beyoncé” on its Instagram page, implying that they have not in the past. Hence, she suggested the possibility that Huda Beauty might be catering to women of colour solely for profit.

Revelist checked on Aina’s suspicion by counting how many of its Instagram posts featured darker skinned people. In June 2017, it found only 5 of 229 posts showing people with dark complexions. In July 2017, the number dropped to 3 out of a total of 249 posts. Revelist counted up til October 2017 and the monthly number never passed 15 when the average total posts was 250.

We don’t need a math genius to tell you what those numbers mean.

Reviewing the company’s history on Google alone led to more stories of accusations related to subtle racism. If left untreated, Huda Beauty’s reputation will become worse and worse like a blemish. It’s time to use some truth serum and be kind to ALL consumers.