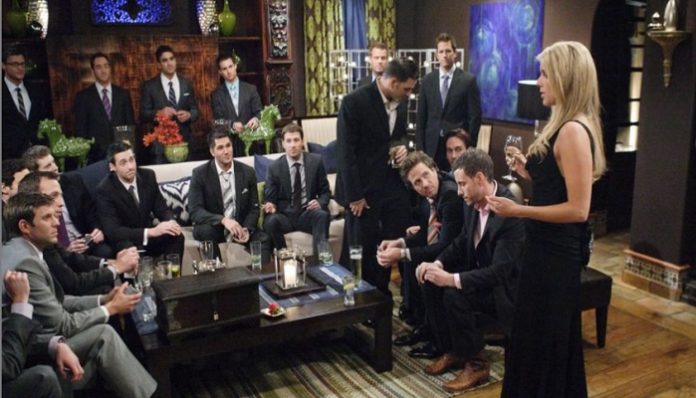 So if you haven’t watched it yet, stop reading and go stream the episode! Then, come back and read!

Arie Luyendyk Jr., ABC’s season 22 bachelor, has just solidified himself as one of the most hated men in bachelor history. In the final episode, Arie dumped Lauren Burnham and proposed to Becca Kufrin.

But wait, it gets more twisted!

A few weeks after their engagement, Arie dumps Becca because he can’t stop thinking about Lauren.

For one hour, Bachelor Nation watched this horrible breakup and they took to Twitter to express their feelings about “the most controversial ending in Bachelor history.” Here are some of the best reactions to the almost unbearable finale:

Like when Arie wouldn’t leave Becca alone after the breakup. He just stayed asking, “Hey, are you okay?” (Obviously, she isn’t okay.)

This is how you knock on a bathroom door when someone is throwing up or has diarrhea, not when you just broke off your engagement #thebachelor pic.twitter.com/gWMoujfWfL

Arie just kept lingering and it was weird af.

#thebachelor Arie outside of Becca's room 4 hours after she asked him to leave pic.twitter.com/81KCwmJwOF

When the crazy girl was right all along…

Yeah, that seems about right.

Arie is a man of many horrible talents.

Some guys are assholes, other guys are boring. Arie pulls off the rare feat of being both#TheBachelor#AfterTheFinalRose

Looks like Luke and Dean are in the clear now.

The resemblance is uncanny.

It’s good to see that even our politicians are concerned about the well-being of the people in our nation.

Thank goodness someone said it!

Yes, Arie is a scumbag… but don't forget that ABC took a woman who just got engaged and was madly in love, tricked her, and aired her break-up to millions of people while her ex-fiance and a camera crew chased her around a house. #TheBachelor pic.twitter.com/PDzpD1uF87

Arie you have officially surpassed Luke and Dean has the biggest f*ckboy in Bachelor Nation. Ben Higgins and Jason Mesnick don’t compare, in terms of douchiness. Arie (and the ABC producers) have officially given Bachelor Nation what it has been looking for since season 1, the most dramatic season ever. But next time, ABC should take Sean Lowe’s advice.

Instead of the most dramatic season ever, I think I’d like to see the most sensible season of The Bachelor ever. Maybe the women could all get along, they could eat the delicious food on the dates and in the end, the Bachelor could choose a nice girl with good morals.

What did you think about the season finale of The Bachelor? Comment below!