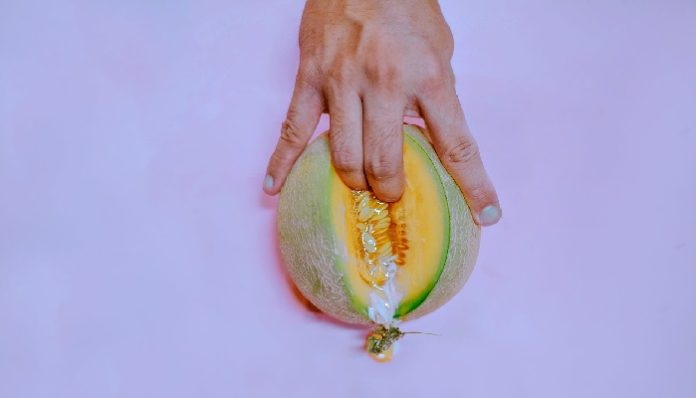 When it comes to pleasing a man, oral certainly isn’t the worst thing in the world you can do to or for him. While some girls live for the thrill of turning him on, others cringe at the thought. And it’s not because the thought of sticking something that releases urine in your mouth.

The fear of tasting a man’s semen can be absolutely cringe-worthy to some women, and that’s entirely okay. However, the older we get the more open we become sexually and some people decide to bite the bullet and try receiving a mouthful (swallowing is optional, of course). That or you get an accidental taste, (which can be quite traumatic) and learned you like it. That or you’re just curious about all the hype your girlfriends tell you.

There’s a lot of stigma around the taste of semen and it can unintentionally get a bad reputation. Although the sex myths are often discussed about what foods change the taste of his love juice (admit it, we all know about the pineapple theory) often vary, we officially have professional and scientific research to back this theory up!

Clinical sexologist Lawrence Siegel concluded that certain foods, spices, and other substances can alter the taste of ejaculation.

But what makes it good?

“The foods that are commonly claimed to improve or sweeten the taste of semen are basically foods that are good for you,” Siegel says. “One of the common claims is that eating fruits like pineapple, papaya, and oranges will make semen taste sweeter. They have less to do with the sugar content of the fruit itself and how certain enzymes break down and affect various proteins.”

Vegetables like celery, parsley, and wheatgrass have been known to alter the taste for the better, as well as spices like cinnamon and nutmeg. However, you can’t expect that drastic of a change in flavor. It basically changes the taste from salty to something a bit sweeter. So the pineapple theory is true!

But what makes it bad?

Veggies like broccoli, cabbage, kale, bok choy, and brussel sprouts, are under the cruciferous vegetable umbrella, however, they may not make that much of a difference. Avoid asparagus, garlic, onion and chives since they’ve been proven to make a very bitter concoction. Red meat is also included in the no-go list.

Turns out being healthy isn’t necessarily the greatest for your partner. Rats.

But what else do we need to avoid?

“Those all affect semen too, and not in a good way.”

Who knew that semen had quite the taste palate? And could you imagine the poor people who were the taste testers for this study!? Obviously, every man is different so the taste will alter per individual, but these are all helpful hints to help you avoid making the mistake on your “first time.”

Sadly there is no medication that can change the taste of his loving lava, so be cautious about what he’s eaten before you get your Big Gulp. If you don’t like the taste of your man you either bite the bullet and deal with the taste, say no or just spit it out… But that’s for quitters… And smart individuals who are about to barf it back up.