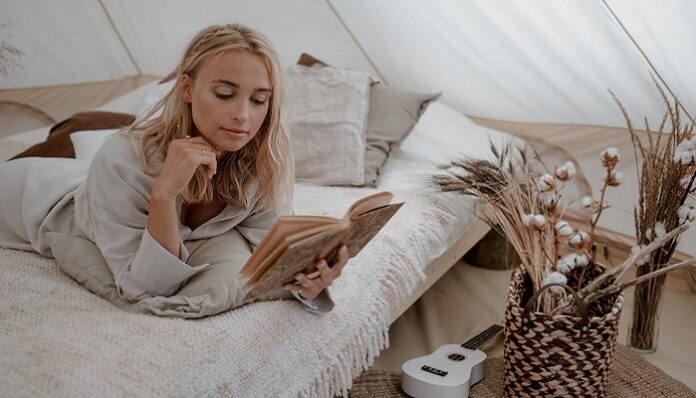 Everyone always says that if you love reading, you have to read the classics. And I definitely used to think that too. But why?

Yes, the classics are called that for a good reason — they’re iconic works of art that set precedence and inspired generations. But we don’t use Walkmans anymore, we definitely don’t use Internet Explorer, and we don’t listen to songs from the 1700s because they’re outdated. All of these things simply don’t really resonate with us anymore, and to be honest, they can be a little hard to understand.

But even if these classics don’t appeal to a modern audience, there are some absolutely amazing books directly inspired by some of the most historically important works of literature. So you can still enjoy them but with a contemporary twist.

1. “Noughts and Crosses” by Malorie Blackman

Inspired by “Romeo and Juliet” by William Shakespeare

The “Noughts and Crosses” series is undeniably iconic for good reasons. But what you may not know is that it’s inspired by one of the most recognizable and controversial tragic love stories in the world.

Callum and Sephy, our star-crossed lovers, live in a world that will never see them as equals. Sephy is the daughter of a powerful cross politician who would never allow her to be with a nought like Callum. A nought, a blanker, a nothing. But despite the world thinking the color of their skin should separate them, they can’t deny their love for one another and believe that it could transcend any barriers, including death.

This story not only reimagines one of the most famous stories of all time, but it’s also an important piece of modern literature. It inspired so many young people to reflect on their own biases, such as the segregation and discrimination around them, and take steps towards making a change.

Inspired by “The Scarlet Letter” by Nathaniel Hawthorne

If you’ve read “The Scarlet Letter,” you definitely remember the introduction in which the narrator explains he found a mysterious account of the happenings in a small town along with an embroidered Scarlett ‘A’. Well, who wrote that mysterious story?

“Hester” gives a voice to the voiceless women of “The Scarlet Letter,” giving them a chance to tell their story in the most remarkable ways.

3. “The Wife Upstairs” by Rachel Hawkins

Eddie lives alone in his giant house since his wife Bea died along with her best friend. When he almost hits a woman claiming to be named Jane with his car, an apology coffee turns into something else. This could be Jane’s chance to finally join the wealthy elite and find happiness. After all, she’s here, and Bea isn’t. So she’s not hurting anyone.

This retelling of one of the most famous love triangles in literary history is genius. It takes a beloved tale and turns it into a dark, twisty thriller, leaving its own mark on the story. Even if you haven’t read Jayne Eyre, you’ll love this book. And if you’ve read it, you’re still going to love it.

Inspired by “The Legend of Sleepy Hollow” by Washington Irving

“The Legend of Sleepy Hollow” is a gothic classic. But what happens after the final page? Well, Christina Henry had an idea about that.

After Ichabod had left his mark on the hollow, Brom and Katrina settled down into life and had children and grandchildren, including Ben. Ben loves the story of the haunted schoolmaster. Even if his grandparents insist it’s just a story, he just feels there’s something more there —. something calling to him.

It’s a risky choice to write a sequel to a story like this, but it works. It’s bloody, creepy, and ghostly in all the ways you’d want it to be and more. It brings us familiar faces and places but in a strange new world for us to explore.

Inspired by the story of Bloody Mary

This one is inspired by a folktale rather than one of the classics, but it’s a story that we all know. We’ve all tried it as kids: gathering in front of a mirror at a sleepover while our parents were asleep with just a torch or candle for light and more than likely giving ourselves nightmares when we think Bloody Mary is going to come for us.

Bobbie doesn’t believe in ghosts until she and her friends summon Mary — the very unfriendly ghost. And if the legends they’ve heard are true, they’ve got five days to solve this mystery before Mary comes for them as she has for so many other young people before.

It’s brutal, bloody, and totally terrifying. This is the kind of book that makes you want to cover all the mirrors in your house, just in case.

There are so many amazing retellings out there. These are just some of my personal favorite classics. So pick up your book bag, make room on your bookshelf, and get ready to enjoy your favorite stories all over again!

Does Being In Love Really Make You Happier?

5 Reasons To Justify Your Addiction To Starbucks