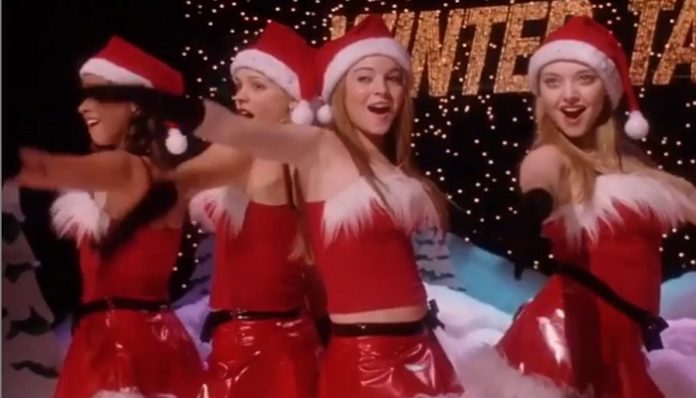 On National Mean Girls Day (for those of you that don’t know… it’s October 3rd), the Mean Girls cast had a reunion. However, instead of Amy Poehler as Regina George’s mother, we had the lovely Katie Couric. Their reason for the reunion? They reached over 5,000 voter activations with headcount.

The cast came together in a 16 ½ minute video featuring Lindsay Lohan, Lacey Chabert, Rachel McAdams, Amanda Seyfriend, many more cast members, and of course, Tina Fey. The reason for this reunion was to remind people that in one month, they need to get out their votes.

This reunion encouraged people to get out to the polls on November 3rd, volunteer as poll workers, and to request their mail-in ballots — no matter which way they need it — to get their vote in. It’s such an important message for so many reasons — we need to remember that our vote does matter.

In the reunion video, we go back in time for a bit and hear some of the interesting things from the cast members. For example, did you know Lindsay Lohan wanted to play the part of Regina George? Nevertheless, she slowly fell in love with all of the emotions that Cady Heron got to portray throughout the movie.

We also learned an interesting fact: Instead of Aaron Samuels participating in the famous, “It’s October 3rd” line, it was supposed to be someone else in the first place. It’s unfathomable imagining Aaron Samuels as anyone other than Jonathan Bennett, but that was almost our reality.

We also learned for sure that the word “fetch” was completely made up. When Tina Fey was looking for a slang term, she realized anything she found would be outdated by the time the movie came out, so she made it up completely. Which is pretty grool in itself.

While we are huge fans of the plastics, and we’ll definitely remember our pink on Wednesdays, the most important message to take away from their reunion is to remember to get out your vote. It truly matters. Overall, voting is so fetch.

11 Reasons I Hate Your Parenting, Not Your Kids