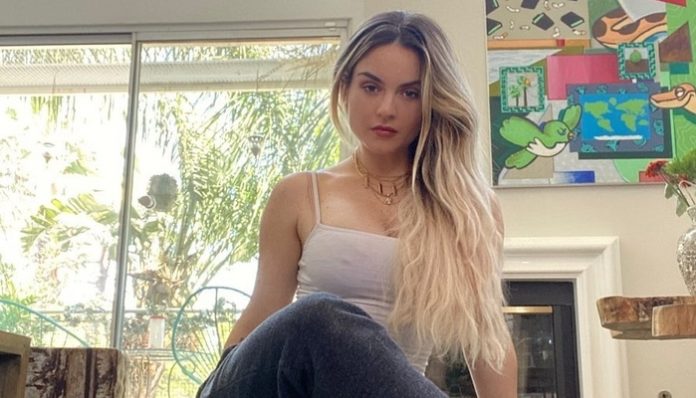 Recently, as I scrolled through my list of recommended YouTube videos, I came upon JoJo’s new song, “Man,” the hit single from her new album, “Good To Know.”

At first, I found the recommendation odd because I hadn’t listened to much of JoJo’s recent music. But when I first heard “Man,” I found the dexterity and power of JoJo’s voice just as amazing as I had during middle school. The song empowered me, and knowing that it was JoJo’s comeback after a long battle with her label inspired me.

As I listened to “Man” over and over again, the song took me back to the moment when I first discovered JoJo. I felt like I was back in 2004, listening to JoJo’s first hit single,“Leave (Get Out)” as a preeteen girl.

The then-13-year-old JoJo sang of cheating and heartbreak in a way that felt mature beyond her years, but 12-year-old me found it immediately identifiable. I found her vocal gymnastics soothing to my ears and naively equated puppy love with the sort of love I would find in adulthood. Consequently, I frequently belted out “Leave (Get Out)” in my pink-hued bedroom, singing at a stuffed animal that was a stand-in for my unrequited crush.

But as I listened to more of JoJos’ music, I began to view it in a more problematic light.

Adhering to the messages of early-aughts pop music, I believed that I could only find love in a heterosexual relationship. I believed that the male partner should dictate the direction and pace of the relationship, while the woman needed to acquiesce to in order to keep him around. And I also believed that I needed to change fundamental parts of myself to lure in love interests and keep them interested. My favorite JoJo songs taught me that without a boy’s interest, I couldn’t live the life that others expected of me.

Eventually, I sang JoJo’s songs as a brokenhearted adult laden with emotional baggage.

At that point in my life, I lacked real experience with the “pop song” type of love.

However, just as JoJo’s music changed with age and experience, my views on love and partnership did, too. In “Man,” JoJo sings of wanting a lover who can match her own self-love, which wildly differs from her “Leave (Get Out)” days. I could immediately relate to that philosophy because I had seen it in my own life as I discovered my bisexuality, saw the many forms love can take, and learned that there’s far more to life than finding a romantic partner. I’ve survived abusive relationships and found safe, healing love on the other side. I’ve guiltlessly spent time discovering who I am without a partner. And I’ve found that my partner’s love should always align with my own, which is why JoJo’s newest single resonates so strongly with me.

Just as JoJo transformed from a teen girl navigating romantic love and self-love into a self-assured woman, I grew into a woman who knows who she is and what she wants in a partner. No matter where we both go in the future, JoJo’s journey to discover who she is in love and in life will always parallel my own.