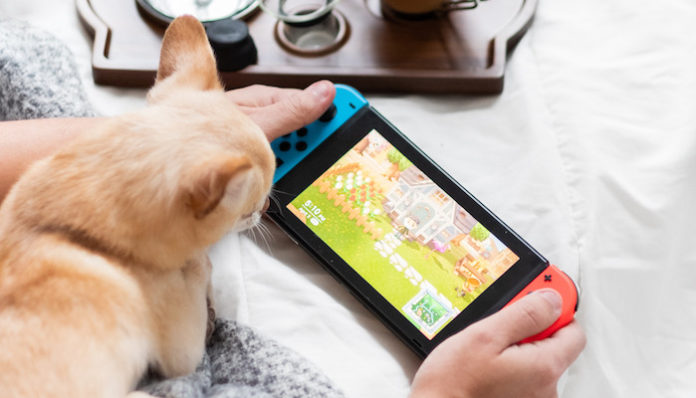 If you hadn’t heard of this game before, then you’ve definitely heard about it lately – Yes, I’m talking about “Animal Crossing.” Released just in the time of worldwide quarantine, Nintendo gave us the newest piece of the addicting series, “Animal Crossing: New Horizons.” Now, since the times are a little chaotic at the moment, it might be the best moment to invest in a little happiness that is “Animal Crossing,” and here’s why.

Originally, “Animal Crossing” first came back out in 2001 on the now-dinosaur system GameCube.

However, you don’t have to have played any of the previous games to get in on the fun of “New Horizons.” There are no backstories to worry about so it’s easy to jump into this game and experience the glory of the franchise that is “Animal Crossing.”

In “New Horizons,” players are now living on an island with some adorable furry friends, making the island their new home. And with this newly-discovered island, there are lots of stuff to do: collecting fruit and seashells for bells (the currency in the game), filling the island museum with fish, bugs, paintings, and fossils, and so much more. In addition to that, a big plus to this new island life is that you live in your own creativity as you are able to decorate and create your island just as you please – it’s all up to you!

Comparing “New Horizons” with the older versions of the games, players can see some big differences!

Another huge aspect of the game is the now multiplayer added. In the previous games players were unable to play with their friends, but now with “New Horizons” players are able to travel to their friend’s islands to look around or even take some fruit for their very own island!

What’s more, the game itself is pretty serene, making the player feel relaxed. And who wouldn’t want to relax during these weird times? From the calming colors of the game to the soft music, this game is known for its calmness as compared to most other games. Based on real-time and the changing seasons, you get to experience the island changing with you as you play and you’ll get to experience new wildlife and plants.

For only about $60, this relaxing, therapeutic game is yours and I believe that it’s worth the investment. In the weird, dark times we are currently living in, a colorful and cute game is exactly what we need.