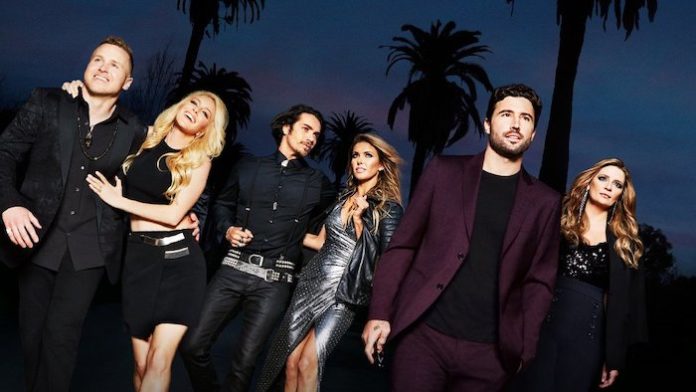 We can also confirm that Brody Jenner will return as well.

Jenner held out until the last possible minute to ensure better pay before he made his return. He will now make around $50,000 per episode. Although his focus on pay may sound greedy, a majority of season one’s drama revolved around him, so his role is crucial to the development of the show.

And although she has vocalized her negative feelings towards how she came off in the reboot, it’s up in the air whether or not Stephanie Pratt will return. Around the time of the finale, she vowed not to come back, but she also said the same thing before the reboot and still starred in the series. We’ll keep you posted on whether or not she’ll join the cast.

Sadly, Mischa Barton will not return for season two of the reboot, as producers deemed her “too boring.” While she didn’t add a lot of drama to the show, she played the same role that Lo Bosworth played in the original series: the peacemaker.

It is also unclear if Brody’s now ex-wife, Kaitlynn Carter, will return. (I secretly hope she does because the couple’s drama was great to watch).

The show has decided to add DJ and actress Caroline D’Amore for the upcoming season as a replacement for former cast member Mischa Barton. The 34-year-old is the head chef and co-owner of D’Amore’s Pizza and a radio host on Dash Radio. She also co-starred with Audrina in the 2009 horror movie “Sorority Row.” And she’s made appearances on “Keeping Up with The Kardashians” and “Kourtney & Khloé Take Miami.”

News outlets report that there’s plenty of drama surrounding the remaining cast members and even those who will no longer participate in the series.

Barton slammed US Weekly for a “false” report about her departure from the show and her new replacement. She also threw major shade at D’Amore. Clearly, she does not seem happy with the news that she won’t be on the show.

And in no time at all, Caroline just had another savage response.

Oh, and in her IG stories last night, she was throwing mad shade during a dance party with Brody’s ex Kaitlynn Carter. Yikes. This is about to get messy.

It’s hard to tell if Mischa is genuinely upset with her contract termination or if she’s throwing shade as publicity for a potential storyline in the second season. She’s been firey in the tabloids before, so those may very well be her true feelings. Or she’s trying to re-hash drama from the past (but it’s unclear if she and D’Amore knew each other in their partying days).

Regardless, I’m already getting antsy for the season premiere that’s set to air later in 2020.

Are you looking forward to the show? What do you think of the cast? Let us know in the comments!

A Brief History And An Ode To The Dream Catcher