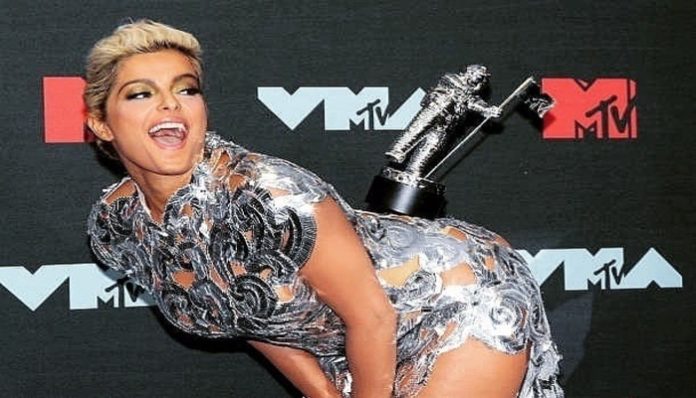 It’s no surprise that the MTV VMAs are easily one of the most talked-about events of the summer. The music videos, performances, celebrity drama, and red carpet looks all make it one of the hottest award shows.

Maybe the summer weather causes the stars to bring the heat at this event, but the fashion at last night’s awards was on point. Let’s not waste any more time, though, shall we? Because there was a lot, and I mean a lot, of hot looks to talk about!

Here are the nominees for best dressed:

Although this wasn’t Keke’s red carpet dress (She wore a beautiful canary yellow gown), Keke looked stunning after her wardrobe change. She was truly the belle of the ball.

“Hot girl summer” is right on! Aside from winning her first moon man last night, the new rapper also made everyone’s best dressed list for all the right reasons. She definitely brought the heat!

The Ashanti vibes were strong with this one, so Normani killed the red carpet. Don’t @ me, but she also had the best performance of the night. Basically, the VMAs should have just been renamed “the Normani show!”

I’m a mess (but I’m definitely not a hater) over how beautiful Bebe looked as she took home a VMA for Best Dance for her video with The Chainsmokers. Her dress hugged all the right curves, her makeup was flawless, and I loved her up-do. She shone just like her moon man!

Paying homage to the great Queen of MTV, Brit, Tana modernized Britney Spears’ most iconic VMA look, rocking a snakeskin dress and boots, along with a real snake as an accessory. I am here for it!

The JoBros are back in so many ways, and it wasn’t just for their Video of The Year win. Each of their individual looks complemented the others. The Jonas Brothers still matched while having their own identities, which also reflects their new music.

Not only did Halsey’s legs look amazing, but did you notice her pride-friendly roots? Add that to the her gown’s flair and her confidence, and we’ve got ourselves a Queen!

Bringing it back to the old-school, bright MTV colours and celebrating her current album ‘Lover,’ Taylor boldly stood out in all the best ways. Her signature thigh-high boots and blazer killed it last night!

I love how empowering Lizzo is, and I also love how she always incorporates her songs into her outfits. I wasn’t a fan of her dramatic feather boa, but she still looked fabulous.

Unfortunately, not every celebrity’s outfit was hotter than the sun.

Here are the nominees for worst dressed:

Why does Chanel look like a 70’s mob wife? And what the hell happened to her face? Looks like her fillers didn’t set in right away, so she can’t even move it. She’s also unrecognizable, despite the fact that she’s a huge MTV star. I don’t know what happened to her… but it doesn’t look good.

We know that Old Town Road is life, but do you really need to copy Lil Nas’ style, man?

Why the hell would someone want to wear their comforter outside in the middle of the summer!? Zara makes me sweaty just by looking at her.

Considering that Gigi and Bella are models, you’d think that they’d know how to dress for a red carpet event. Unfortunately, though, their nude looks were bland and not colourful enough for the summery event. Even though it looks like they had fun, they were washed-up and dull last night.

Again, as a face of MTV, why wouldn’t you dress more nicely for the VMAs? While I love the dress’s colour and how the look hugs her curves, the ruching makes her dress look like a wrinkly clitoris.

To me, Camila has always been a J-Lo wannabe. Time and time again, she tries to mimic Lopez’s iconic looks, and from the cutouts and silk fabric of this gown, it’s clear that she’s trying too hard again. She’s far from original and here, she looks like she just rolled out of bed (presumably with Shawn Mendes).

No, this isn’t a Marvel cosplay outfit or Lady Gaga in disguise. This is actually Ava Max, and her failed attempt to be a Little Monster was anything but sweet. Definitely psycho.

I get that Miley’s going through a divorce, but no one is buying what she’s selling with this look. Her “wet hair” look looks like she hasn’t washed it for days, and it’s so flat that it looks like it’s glued to her head . Additionally, her barely-there outfits don’t flatter her in the slightest. I’m over Miley’s public cries for attention.

Lil Nas has been riding until he can’t no more, but this fashion choice is just poorly made. Is he trying to say that he’s the next Liberace because he’s taken the crown as longest running Billboard number one? Either way, I am not a fan of the overly dramatic lace accents.

So there you have it. We saw some great looks at the VMAs, and we saw some hideous ones, too. But at least the red carpet looks give us something to gossip about and wish we could re-create.

What are your favourite and least favourite VMA looks? Comment below!

7 Popular 2020 Wellness Trends You Should Try This Year

Why You Should Send “Open When” Letters To Your Friends Who...