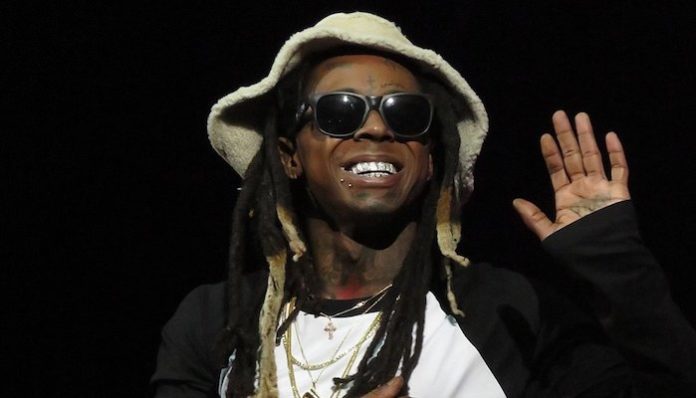 Last night, Blink 182 fans ended up extremely disappointed and enraged after Lil Wayne, an opening act for the tour, insulted the audience. He then stormed off stage and threw a temper tantrum after only four songs.

Shocked fans posted videos of Lil Wayne expressing his disappointment with “these types of crowds” and slightly empty venues.

Following his performance of Got Money, he walked off stage. Fans felt slightly insulted, angry, and confused about what just happened.

With that said, what did Wayne think would happen? He’s the opening act, so of course some fans won’t be in their seats when he comes on stage. Plus, most punk rock fans aren’t fans of hip hop, and they are not going to kiss Lil Wayne’s ass just because he’s “been in the game a long time.”

Furthermore, Lil Wayne hasn’t toured for quite some time, so many fans actually purchased tickets just to see the rapper.

What about fans that went to a concert completely out of their genre just to see him? He already bailed some tour dates, and fans felt cheated by Lil Wayne’s last minute cancellations. His cancelled appearances left Blink 182 looking for last-minute additions like this.

Lil Wayne, I got news for you: It’s disrespectful as hell to throw a temper tantrum and ask for more respect from fans who are already there listening to you. It’s your job, dude. And walking off stage because there were empty seats is rude and unprofessional.

If any artist in the lineup pulled that at a show I attended, I would feel very annoyed and completely disappointed. Concerts tickets are not cheap, so I would feel like my hard-earned money and efforts were wasted.

The fans from the concert also shared some passionate views on Lil Wayne and the whole ordeal.

It’s like Lil Wayne said, “Your money isn’t worth my time to perform here.”

Talk about being offensive as hell and making people feel like damn peasants.

What’s more, I feel really bad for Blink 182. They went out on a limb to try something different with this tour and invite an artist who has collaborated with drummer Travis Barker on numerous occasions. They received negative comments about Lil Wayne not being fan’s swag, but now they must feel mortified after all of this unfolded.

Luckily, I saw Blink 182 last Sunday and Simple Plan opened, as he was not allowed to perform in the country of Canada for previous legal troubles. It was one of the best sets I’ve ever seen from an opening act. If I had to deal with that level of disrespect from an artist like fans did last night, it would have temporarily ruined my mood and experience for sure.

People can argue that Lil Wayne’s music has sold more than the album Blink 182 is touring for ever made, but at least they’ve successfully toured for the past twenty years. They can sell out any venue, unlike Lil Wayne who has failed to tour in recent years due to low turn outs and extremely pricey ticket costs.

At the end of the day, fans don’t care if it’s “not my swag,” they just wanted to hear good music and sadly that experience was ruined and a lot of money was wasted.

How would you feel if you spent minimum $60 for a concert ticket to have an opening act pull a diva-like stunt like this? Comment below.

Stop Looking For ‘The One’ When There’s More Than Just One...