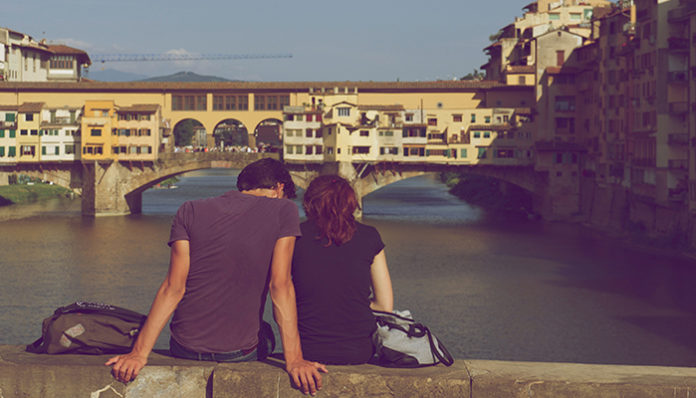 It’s a pretty common story: I went to college, I met someone, and we started dating. Our relationship was amazing. We spent a lot of time hanging out, but the end of the semester was looming. We both knew that we were going to be far apart over the summer. Eventually, the day that we would have to go our separate ways arrived, and I cried as I watched her get in the taxi to the airport. We’ve been apart for a month-and-a-half and we’ve survived. Still, I’ve noticed a lot of changes in my relationship, and they aren’t changes I would have expected.

1. I Call Way More Than I Text

I never would have thought that I would primarily use my cell phone primarily to make calls, but that time has come. When we lived in the same city, I communicated with my girlfriend primarily through text to plan dates and get-togethers. After she moved back home, though, we switched to phone calls. After about a week of calling my girlfriend every night, I realized that I actually prefer calls over texts. It’s so  comforting to hear another voice on the line. I never appreciated that until now, but I’ll definitely bring more phone calls into my relationships with other loved ones.

2. I Research Flights and Hotels Constantly

The websites I now visit most frequently are Airbnb and Expedia. My newfound love of Expedia started with me planning trips to visit my girlfriend, but now I find myself exploring these sites just for fun. I like to plan and budget potential getaways or simply look at all of the cool Airbnbs each city has to offer. I guess you could say that being in a long-distance relationship has caused the travel bug to bite me!

3. I Write Things Down More Often

Recently, I’ve found myself jotting down notes way more often than I did before (even when I was in school!) I’ll write down funny jokes or things I absolutely have to tell my girlfriend about later. But my note-taking has also seeped into other areas of my life – I’ve started taking notes on everything from story ideas to food cravings. Taking notes sure comes in handy when I want to remember things. I’m glad that it’s been valuable for me outside of my relationship, too.

This may seem weird, but I don’t go out to eat as often as I did when my girlfriend lived nearby. After all, we used to go on a lot of dinner dates. I look up recipes, and go to the grocery store every week to buy ingredients, everything is very planned. I’ve never done this before, and I definitely feel a bit like my mom. Thankfully, the advantage of cooking more is that you save a lot of money.

5. I Resent The Summer

Summer used to be my favorite season, but now, I feel pretty bitter about it. The summer stole my girlfriend! There are so many activities that I now wish I could do with my girlfriend, and I feel sad when I think about doing them alone. I wish we could go on lots of adventures, like kayaking and hiking, or even do little things like get ice cream together. Fall can’t come quickly enough.

Being in a long-distance relationship is tough.It’s changed a lot of aspects of my life, but I’m surviving. At the end of the day, if a relationship is meant to last, distance doesn’t matter.