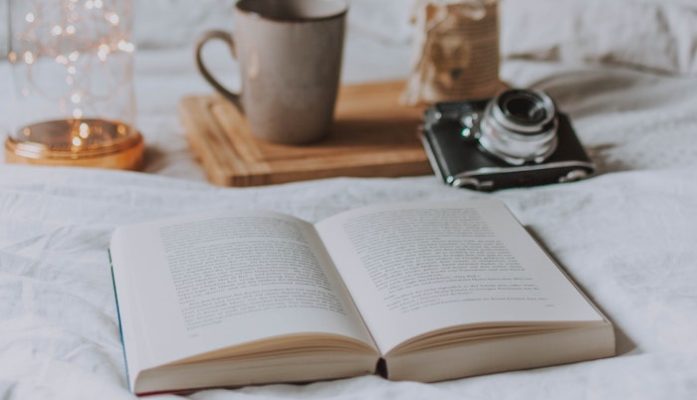 If you keep up with the modern lit, then you’ve seen Daisy Jones & The Six all over social media!

Reese Witherspoon selected this novel as her Book Club Pick for March. Plus, the Book of the Month subscription featured it.  Having said that, if you’re on the fence about reading it because of Taylor’s unconventional literary style, that’s fair. I was initially hesitant as well. However, it is definitely worth the read.

Daisy Jones & The Six is an oral history of a 1970s rock band chronicling all things sex, drugs, and rock and roll. Perhaps the most mesmerizing and equally infuriating part of this book,at least for me, is that Daisy Jones & The Six is not a real band. The author expertly developed each character to where I wish I could stream their music on Spotify! However, rumor has it that Reese Witherspoon’s production company, Hello Sunshine, plans to produce a 13-episode television series based on the storyline.

Taylor Jenkins Reid has brilliantly crafted relationships between her characters with the same complexity and intimacy that makes classic music outstanding in its own right. She seems to draw inspiration from artists whose emotional chemistry was undeniable, to the point that band mates become romantically involved. The pages drips with the creative intensity that fuels bands like Fleetwood Mac.

If you feel unsure about picking up a hard copy of Daisy Jones & The Six, try the audio book. Just like the paperback novel, the audio version stands out with creative flair because each character has their own voice. The recording features Jennifer Beals, Benjamin Bratt, Pablo Schreiber, and Judy Greer. It was so captivating that it felt like I was listening to a documentary. I can’t say enough about this audiobook, because it gave such depth and dimension to its characters. The characters sound natural and feel authentic, which is an extraordinary feat, considering it’s centered around an entirely fictional band.

Have you read Daisy Jones & The Six? If so, share your thoughts with us!

Previously published on Words Between Coasts.

A Long Overdue Letter To My Happiness