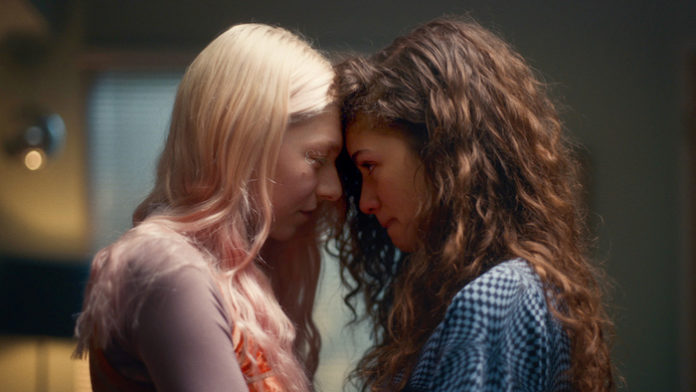 Drake, the popular Canadian rapper, gained recognition as an actor on Degrassi. He killed it on there, by the way! Now, he’s going back to the world of TV, but this time he’s behind the camera. Drake is working with Zendaya on a show called Euphoria. It’s set to air on HBO this June 16th.

Watching the trailer for the show is enough to get me completely pumped up to see what it has to offer. Euphoria is based on an Israeli show by the same name, and the American adaptation comes with a killer cast.

Starting with Zendaya who is best known for getting her start on Disney Channel, and since then she’s been tearing it up.

She’s a model, singer, an actress, and she slays at everything she does! The cast also includes Maude Apatow from Girls, Sydney Sweeney from Sharp Objects, and Jacob Elordi from The Kissing Booth. With a cast like this, Euphoria seems like it’s already set to be euphoric.

Personally, reading about the show and watching the trailer has me feeling they want, no, need to watch this. The cast being drop-dead gorgeous definitely isn’t a deal breaker, either. The hotness alone of the cast might make it something worthwhile, but I’m all about the drama in my TV shows.

With the expectations of drama and Drake’s production, Euphoria already has so much potential. I, for one, am interested in seeing what these high schoolers could possibly be getting themselves into. It’s clear that it’s going to be another good quality HBO Original, and might just be more than enough to keep us glued to the TV screen.

The expectations for this show are already high, but do you think it will meet the hype?

Catch the trailer for this show:

For Those Who Become A Crazy Person When They Start Dating

What You Can Do When The Sun Comes Out This Spring