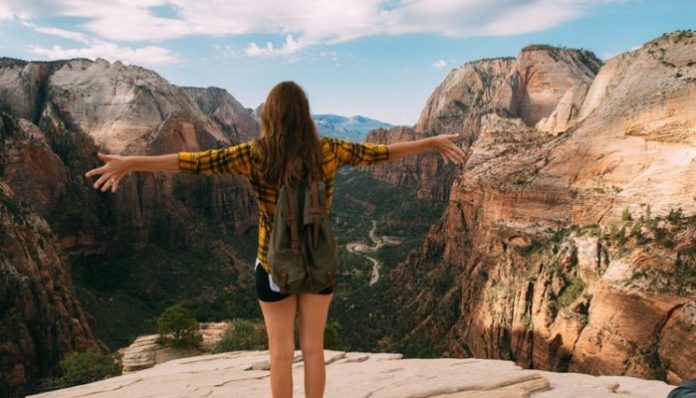 A social media cleanse is constantly coming in and out of the lights. Most of us are dependant on social media and thrive from it. It is a wonderful way to promote and get the word out on a variety of topics. Even though it gives people a way to connect, it can also be a place to cause immense stress, bullying, comparing/contrasting, the urge to be perfect, and the overwhelming feeling of FOMO (feeling of missing out).

I used to be addicted to Facebook. I was consistently on it. If I wasn’t doing anything important then I was on Facebook, but then I decided to challenge myself. Being on social media brought me so much stress and the feeling of FOMO so I decided to not use social media for a week. Just a week. I took it off my phone, removed the bookmark on my computer and logged myself out on all of my devices. Now, this happened in either September or October of 2017, which was the fall semester of my senior year of college.

I told my roommates and friends about it. A way of accountability and their first reaction was surprise and disbelief that I could do this. Checking social media had become so habitual for me that the first few days were tough, but it got easier as the days went on. Before I knew it, a week had gone by and I kept going. I wanted to see how long I could last and two weeks went to three and so on and so forth. I broke after a month and it was only because my family wanted me to check something and I had to go on Facebook to check it, which I dreaded. Now I only go on Facebook if I have to, but what did I learn exactly?

During my first week and also onwards, I noticed a few things straight away.

I had more time

I wasn’t wasting time scrolling on my phone or laptop seeing who was now engaged, married, pregnant, graduating, etc. and with that time, I was able to put more work into being more productive in my day and practicing self-care.

My feeling of missing out gradually left me over the course and I noticed my mood lifted. I wasn’t worried about what was going on with my family and friends and having this “perfect” life and I became happier. I would become stressed when having to go on social media. There are ways to use social media in a healthy way  such as intentionally planning times for going onto Facebook, Twitter, Instagram, etc.

I made it intentional to either message my family and friends through messenger, texting, calling, or even seeing them in person. Fortunately, my sisters go to the same college I went to so I was able to see them, but I would also surprise them with a little something in the mail such as a card or drawing. The same goes for my friends and everyone knew that I didn’t use Facebook often, but I do use the Messenger app, which I don’t consider to be part of social media. That is sometimes the only way I can get a hold of some of my friends and family.

I know this sounds weird, but think about it. As you are on social media, you are consistently sharing information about your life because everyone else is and you don’t want feel left out. This is where the comparing and contrasting game comes in, but when you suddenly stop using social media and start using it intentionally, you earn your privacy back. Everyone suddenly doesn’t know what is happening in your life when you don’t post and the only people who do are those you specifically tell. In a way, you have earned a little bit of your privacy back because you aren’t posting it on the web for everyone to see unless you want everyone to see and that is where using social media intentionally comes in.

Those are a few lessons that I learned from my social media cleanse that has turned into using social media intentionally. Even if you enjoy using social media and don’t feel stressed by it then that is great, but I suggest taking a break every now and then from it to reorient yourself.

22 Things To Ask Someone Instead Of ‘How Are You?’