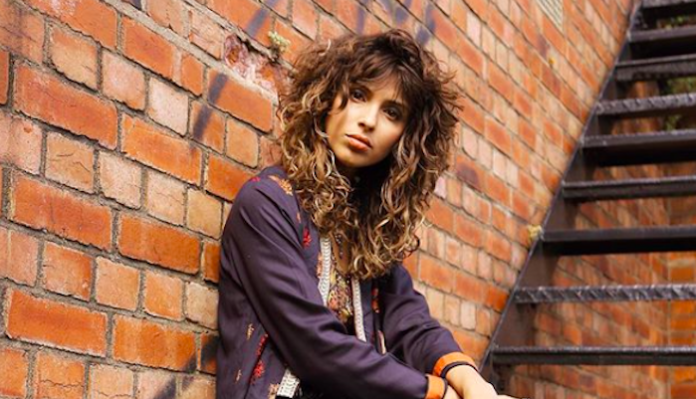 This week, I had the privilege of interviewing rising artist Brooke Law. If this is your first time hearing about Brooke Law, here’s what you’ve been missing.

Brooke is an upcoming singer and songwriter. She has four singles out, including her most recent hit, “See Ya Later,” all of which were released in 2018. She recently performed at London’s Century Club, and “See Ya Later” made BBC Essex’s #TrackOfTheMonth in November. It’s not a stretch to say she’s on the move.

Brooke Law’s single “See Ya Later” brings a powerful pop feel to women’s empowerment. The song, which was released on October 30, blends pop, R&B and Asian beats and even uses the Buffy the Vampire theme to create a catchy tune with an important message. It’s no wonder that the song has started to pick up steam with audiences.

Amid all that success, though, the best part of Law’s music is her heart. Following the release of the UK artist’s most recent single, I had the chance to talk to her about the song, her inspiration and her music. Her message inspires young women to pursue their goals doggedly — in art and in life.

“See Ya Later” evokes the image of a strong independent woman, the significance of which the artist shared in our interview. “The lyrics are about a woman taking control of who she wants to meet and what she wants to be,” Law says.

This narrative stands in contrast to the pressures that often influence how women think about themselves. “Women are under a lot of pressure to be a certain type,” Law explains. “They feel pressure to be ‘a good mum, a good wife, not too thin or fat, not too assertive.’” The list goes on. These pressures can hold women back from pursuing the things they want as confidently as they might otherwise.

Law hopes “See Ya Later” can relieve some of this pressure by inspiring women and girls and supporting them as they pursue their goals and express themselves. Her message for women comes after her work with Million Women Rise, an organization working to end male violence against women and girls. Her experience as a volunteer, she says, has inspired her both “musically and personally.”

Women’s empowerment is a consistent theme in “See Ya Later” and across her work.

Law’s development as an artist started early. As a child, Law says, she loved singing and making up dances with her sister. She first got into songwriting at age 14. “Writing lyrics allowed me to express myself,” she says. “It’s like having a diary.”

Listeners can trace back the empowered themes in Law’s music to her family. Growing up in a mixed heritage family, Law was openly encouraged to express herself and take every opportunity that presented itself. Her mother brought up Brooke and her sister to be strong women who fight for what they want. Law’s family has inspired her throughout her journey as an artist.

Speaking about her parents, Law says, “They’ve taught me never to give up and that anything is possible — whether it be fighting for love, fighting to get higher or fighting for equality.”

She brings this fight to her music, which she describes as “gutsy pop.”

Breaking into the Music Scene

Brooke’s music takes influence from a number of great musicians, including Annie Lennox, Joan Armatrading and Jeff Buckley. Her style stretches across many genres: soul, pop and R&B, just to name a few.

Though her music has gained so much traction, Brooke is still an artist with a day job. She works many part-time events, which has allowed her to meet many new people.

Law says that a lot of artists feel pressure to ‘make it,’ but that it’s not so important. She encourages aspiring artists to celebrate their work and enjoy the journey. “Every song, performance, release is an accomplishment and makes the journey amazing.”

Law is certainly on her own amazing journey, and her listeners can’t wait to see where she’s headed next. If you’re interested in listening to “See Ya Later” or any of Brooke Law’s other work, you can find her music on most popular platforms, including Spotify. You can also connect with her on her website or on social media.

You Realize How Small The World Is When You Learn Something...

5 Things To Thank Your High School Friends For Right Now

You’ve Probably Been Wearing The Wrong Bra Size For Years