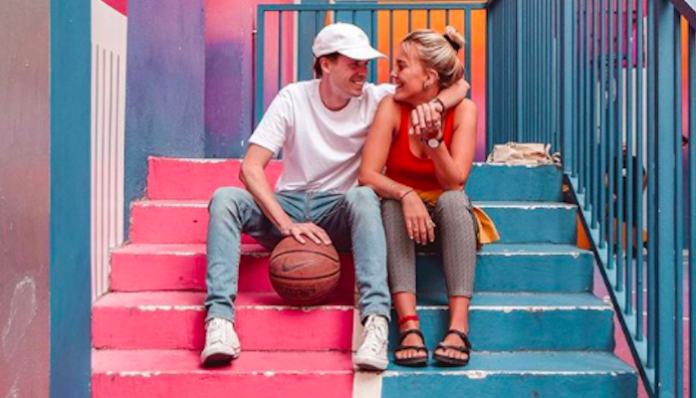 If someone tells you that dating is “fun”, they’re a damn liar.

It’s like a job interview, but you’re allowed to drink adult beverages to calm your nerves. You’re trying to sell yourself the best way you know possible to a stranger, without giving off too many red flags about your history with dating.  All while having to master not spilling anything on yourself, avoid looking like a starving carnivore who is seeing food for the first time in a century, and hydrating yourself with water so you’re not sipping down too many adult beverages and throwing up on your date’s lap because you’re so nervous about all of the above. Yup, it’s loads of fun.

If someone tells you that dating is “easy”, they’re a terrible human that needs to stop watching Nicholas Sparks movies.

Let’s face it. Dating is like a high school test that you will most likely continue to fail. No matter how hard you study, no matter how prepared you think you are, and no matter how many times you put a brave face on and fight the good fight, a majority of the time, you get handed back a failing grade. Then you’re forced to try it all over again. You would think that sweet gestures and remembering small facts would count towards bonus points, they don’t. You would think that going out of your way to show that you’re interested would be considered extra credit,  it doesn’t. Hell, even all of the pre cyber stalking you have done can’t help you when they have ghosted out of your life into oblivion. But sure, dating is super easy.

If someone tells you that you should “sit back and enjoy the ride”, they have been married for far too long to remember the bumpy ride of this hellish carnival.

One false move and you’re falling off the platform of this ride and destroying your pretty, little face that you spent two hours on trying to make it look good for him just to blow you off again. The constant feeling of highs from the good moments, to the lows of the insecurity resembles being on a roller coaster ride. Knowing that everything can come tumbling down just by saying one wrong thing is tough. If you happen to say the wrong thing, it forces you to return to your bed  with your dog watching reruns of The Office, wondering if even Michael Scott would text you back. If someone tells you that being single is “the best time of your life”, they need a straight reality check to the nuts or lady parts.

If the best time of your life involves crying into a bottle of wine, with your dog and best friends over another idiot that trumps being worse than the last one and refuses to give you a reasonable explanation as to why he/she is a dingle berry, then sign me up for the convent. The idea that you could invest so much time, iPhone battery life, selfie energy and hair products into one person that could potentially not even acknowledge your existence the next day, or give you a reasonable explanation into their disappearance from your life is utterly devastating and heartbreaking.  How can someone say that this is the best time of your life, when your forced to continue to be brave and put yourself out there to a stranger, hoping that they will not only accept you for who you are, but simply take a chance on you.

As a single person, that is literally all that we ask for. The simple chance to have an amazing little something with you that could last or to royally fuck it up later down the road with you after all the fun; Either way, we just want a chance to see where it can go. And maybe a phone call here or there to know you still exist, and to be wined and dined occasionally. Hell, maybe even a Harry Potter movie marathon in sweatpants with junk food and the potential of getting lucky later, but that’s not asking for a lot! Either way, to say that being single is the best time of your life is idiotic. Finding your someone that you don’t need to talk to every day, but you really want to, that’s the best time in your life.

If someone is taken and tells you that they’re “jealous” of all the “fun” you’re having because you’re single, forward them this.

This is just a little reminder, the grass isn’t greener on this side. Maybe if you’re in a loveless relationship, that has no light at the end of the tunnel and you’re questioning if the witness protection program takes applications, you should rethink your relationship.

Back to the point, dating sucks. Yes, it might be fun to meet new people and go new places, but in all seriousness, dating is one large anxiety driven nightmare that you sometimes can’t wake up. You may be busy trying to figure out if Ryan Reynolds from The Proposal is chasing you like Sandy B and hunting down your love or if Ryan Reynolds is hunting you down like Deadpool and going to leave you broken, confused and looking for your head. You never really know who to trust, which ones to invest your time into and how to figure out which scenario is really going to work. Also, let’s keep in mind, that’s also if they choose you too. Statistics have shown that 95% of the time, they won’t (Those are statistics based off my dating life – No science to them at all). When it comes down to it, dating is the luck of the draw (or the swipe right). It’s only fun when someone genuinely takes a chance on you and you give them that chance right back.