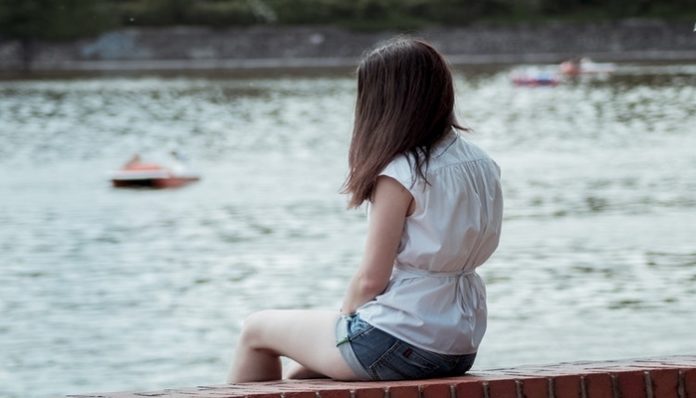 She was beauty wrapped in resilience, her heart emanating with love and compassion. She loved who she was and celebrated her past. As a woman, she embraced her past, turning each obstacle into an opportunity. She was humble but confident, passionate but rational, naïve but intelligent, and energetic but calm. Like a sea, she was deep. She was mysterious in both the way she looked and in the way she was. And maybe, that’s why some people had difficulty loving her. But, that didn’t matter to her. She had always known her purpose in life wasn’t to just fall in love.

Her purpose was not to receive love, but to give it.

She had fallen in love before, and each time, he had left her feeling worthless and empty. Her past love had left her feeling misunderstood and frustrated. Above all, she felt that he had drained and exhausted her, and she was tired of losing sight of who she was amongst her partner’s insecurities. In trying to explain herself and help others understand, she fell prey to anxiety and doubt.

She was a girl who had weathered many storms, refusing to ever let the hope and light inside her die. A girl who knew that she deserved nothing but the best, not because she was perfect, but because she knew that she should never settle for anything less. She was unapologetically herself. That was what made her beautiful and worthy.

She didn’t need someone to complete her.

This woman had always felt her heart was whole. What she needed was someone to complement her. He needed to add to her life in ways she hadn’t even imagined she needed. This resilient woman didn’t want love, she wanted someone to love her, which very few others understood.

She finally decided to let go of what is, in hopes of what may come. She knew that these toxic relationships only held her back. They kept her from focusing on what she loved, from taking care of herself, and from living her 20’s the way she wanted, peacefully, euphorically.

Simply put, she was done.

She refused to excuse those who couldn’t see her worth and those who retracted their promises. The woman was done waiting for them to shower her in apologies and comforting words. She refused to let herself drown in others’ misery and negativity. The key to her happiness lie in her hands, and she’d had enough.

She understood that she did not fit everyone.

It would take someone special to love her. He would have to be special enough to understand the way she cared. After all, she loved others not for what they shared, but for what they hid behind their veils. For her, love was about the connection, the feelings, and the moments. It was never about the duration, but instead, the instant kinship she felt on an unconscious level.

A romantic love only seemed to bring her pain and illusions.

Love could only ever be a passing cloud in her life. It always seemed to have a looming expiration. But for her, generosity was forever. She discovered that she should never expect to receive others’ happiness because happiness resides within us all. It’s something we can only find for ourselves.

When she closed her eyes, breathing in deeply, she realized that she was ready to begin again. She was ready to embrace the pain of loss, but also the excitement for what laid ahead of her. She smiled tearfully, with a fire burning in her eyes. The intensity spoke to her hunger self-growth and the love she had for herself. This woman was a burning flame, a force no one could tame. She was ready to build the throne she had always wanted, the throne she had always deserved. She was fearless, and her life, limitless.