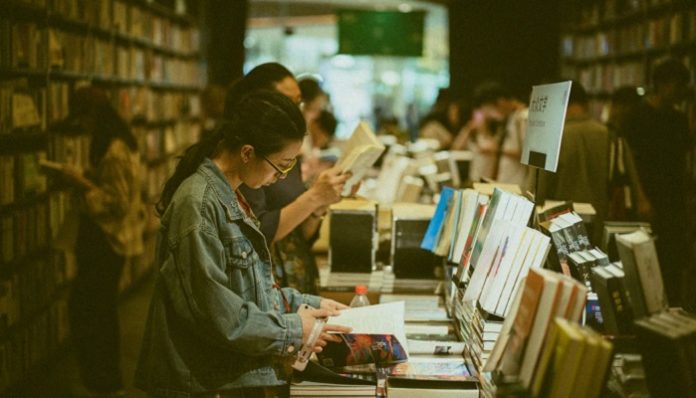 National Author Day happens every year on the 1st of November. It’s a holiday for paying respect to your favorite authors and the books they’ve written. It was founded by Nellie Verne Burt McPherson and the Bement, Illinois Women’s Club in 1928 and first recognized as an official US holiday in 1949.

Today, we should all take pride in celebrating the authors behind our favorite books. If it weren’t for the many authors we all love, after all, we would not have the great literature we all know today. Here are seven authors who I personally feel deserve for us to recognize their vast accomplishments in the literary world

“A lady’s imagination is very rapid. It jumps from love to admiration to matrimony in a moment.”

Born on December 16, 1775, British author Jane Austen wrote many books we all love, such as “Pride and Prejudice” and “Persuasion.” Austen went through a lot just to prove that she could be an author. 18th century authors were mostly men, so Austen’s brother Henry actually published many of her novels under his name.

“How wonderful it is that nobody need wait a single moment before starting to improve the world.”

15-year-old Anne Frank used writing as an outlet during the most uncertain time of her life. She wrote her experiences in the only possession she was able to keep at the time: her diary. Frank’s account of World War II and her personal coming-of-age narrative turned out to be one of the best historical novels of all time. Of course, we only have this wonderful piece of literature thanks to her father, Otto, who pushed to publish Anne’s story after she passed.

“Birthday Soup is good to eat, but not as good as Birthday Cake.”

Minarik was an American children’s author. Though she published over 40 books, we most commonly associate Minarik with the children’s book series “Little Bear.” Later, Nick Jr. adapted her books were into a television series.

“Kinder than is necessary. Because it’s not enough to be kind. One should be kinder than needed.”

R.J. Palacio is an immigrant to the United States from Columbia who is most known for her best-selling book,  “Wonder.” The novel focuses on a young man name Aussie who inspires his classmates, despite the fact that he is “different.”  “Wonder” recently became a theatrical film, and the novel has been on the New York Times bestseller list since 2012, with over 5 million copies sold. Palacio is living proof that the American dream is alive and well.

New York Times bestseller John Green grew up in Florida. We mostly know Green for one of my favorite books, “The Fault In Our Stars,” but he is also a vlogger, editor, producer, and educator. In 2006, he won the Printz award, and he is a passionate advocate for mental health. Green’s work tugs at your heartstrings, and it has that special, intangible quality that always leaves you wanting more.

“Love is like the wind, you can’t see it but you can feel it.”

Nicholas Sparks is one of the most iconic modern authors and a New York Times bestseller. Known for titles such as “The Notebook,” “A Walk To Remember,” and “The Longest Ride,” Sparks just released his newest novel, “Every Breath.” Nicholas Sparks’ books make you believe without a doubt, that everyone has a soulmate waiting for them, including you. He always makes you crave the journey that will lead you to your special someone.

“Monsters are real, and ghost are real, too. They live inside of us, too, and sometimes, they win.”

Known as one of the most iconic horror authors of our time, Stephen King has definitely spent many years writing books that literally scare the shit out of people. Some of his most recognized novels include “It,” “Pet Sematary,” “The Shining,” and “Carrie.”

Stephen King attended the University of Maine. He first wrote under the pen name Richard Bachman because he thought people couldn’t buy multiple books from the same person. Writing obviously runs in the family, too; King’s wife and kids are also writers!