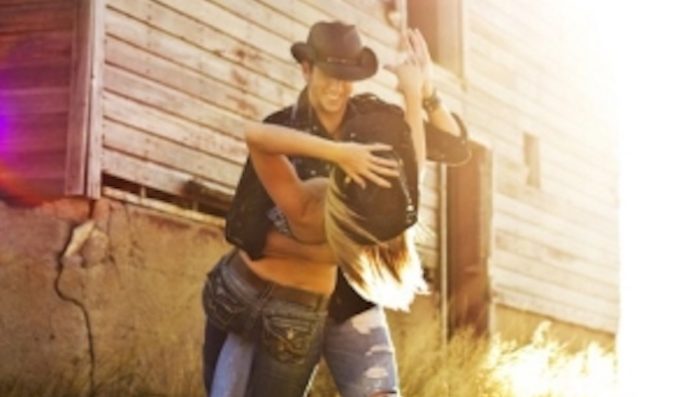 Throughout life, we all go through different phases depending on where we are in our lives and by social influence. The whole “honky tonk lifestyle” phase started almost 3 years ago when I dated this country boy from Texas. He was totally smitten by me and gave me the nickname, “City.” I thought it was cute, so it stuck. I was taken by his southern accent, his charm, and the fact that he could dance. I, on the other hand, can’t dance for the life of me.

Even though this guy was pretty to look at (as most honky tonk men are), there were many aspects of me we did not see eye to eye on.

He was a hunter and would send me photos of an already shot deer. I’m not into hunting and I will never be into hunting. So, that also means I’m not into killing the animal then stuffing its head to place in your home as a trophy. That is just sick!

He drank way too much and would call me late hours telling me he was driving while drunk. Talk about immature and childish. If you are going to drink, call for an Uber or a taxi.

We had widely different political views. He wanted to get married and settle down soon. I certainly was not at that point. He was a bit younger than myself and I was nowhere near looking to start a family.He wanted to move back home to Texas. All my family lives in South Florida. So that would have never happened.

The next guy I dated was not at all country, but he did enjoy listening to country music. So the honky tonk continued in a way.

We took a trip together to Nashville, Tennessee, and that was a very charming town. What’s interesting is everyone seems nice when you visit. But when you go back for a second and third time, you tend to pick up on things you may not have noticed before.

For instance, everyone in the south drinks way too much all the time…. all day long. It’s like a hobby.  Now, I’m not talking about South Florida, I’m talking about the northern panhandle of Florida, Tennessee, Alabama, Mississippi, and Louisiana. I’ve been to them all and seen it everywhere.

It is 2018, yet racism still occurs in these “honky tonk” states.

There I was, living in Pensacola, yet I was afraid to tell customers that I am Jewish for the fear they wouldn’t be nice to me. I was constantly being solicited to go to customer’s Baptist Churches after telling them, “I’m sorry I won’t be able to attend. I have a market that day.” They wouldn’t understand and felt I was being rude and disrespectful.

The year before in December, I attended a huge Christmas holiday show back in Louisiana. That was my first time ever in Louisiana and I was really excited. When I arrived to set up my booth, a woman helps a nice black male that is behind my car. What she doesn’t really is that that nice guy was trying to help me back up my car so I could get as close to my booth as possible. The woman comes over to the driver’s window and says, “Oh, don’t mind him… he is just the help.” I couldn’t believe what I had just heard. It made me want to cry and give the guy a hug.

Yet when I was in Louisiana last summer promoting my book at an event, the owner of the event had to inform me how I was going to Hell because of the fortune teller in my book. Her ignorant and foolish comment made it very uncomfortable for her when I politely said, “Wasn’t Jesus a Jew? How would He feel knowing how you are treating me?” She wouldn’t back down- continuing to tell me how it was her job to tell me how I’m poisoning young children’s minds with my book.  I left that event very upset, frazzled, and made a decision to never do my business at her events again.

When I was dating my last boyfriend, his mother wanted to give me a Bible knowing I’m Jewish. “Either she doesn’t care if she offends me or she is trying to convert me,” I thought. I’m sorry but if you know someone is Jewish why would you give them a Bible? Odd much?  She never ended up giving it to me and I’m glad about that because that would have been awkward.

I may have found myself foolishly charmed by the “honky tonk lifestyle,” but eventually I woke up and smelled the coffee.

Behind those cute accents and friendly faces can be people who are set in their ways, refusing to accept people for their differences. I’m over the drinks, the hunting, and the evangelism that southern people pride themselves on. The “honky tonk lifestyle” was a phase, but now? I’m so over it.