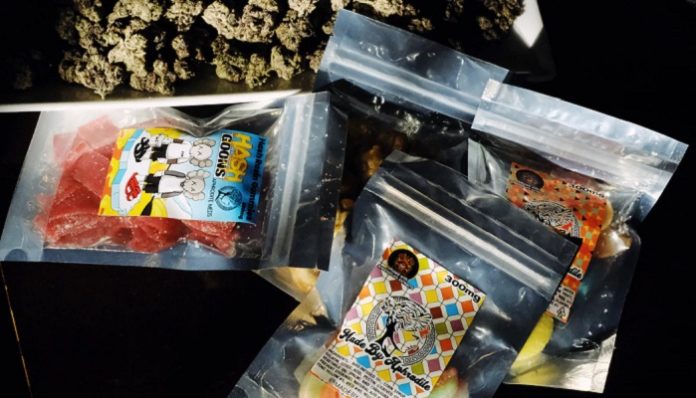 Marijuana makes me lazy but according to my friends who use the plant often, it doesn’t always have to be this way. I know they aren’t lying, because many of them smoke before work, class, and the gym.

When I look back on my days of Mary Jane experiments, visions of junk food and TV come flooding back to me. And, since I often use marijuana and CBD for self-care, it was hard to imagine doing anything other than relaxing. This made me seriously question whether or not the plant harnessed the power of productivity.

I mean who doesn’t want to be more productive these days!? It seems like the internet is crammed with articles toting the latest and greatest productivity hacks. Could it be possible that using marijuana, in the right dosage, could actually be a natural way to get more things done? I had to find out.

Instead of smoking the plant, I decided to eat it. I hate the feeling of smoke in my lungs, and I also love sweets, so weed edibles seemed like the right choice. I’d stocked up on edible gummy candies while on a trip to a Colorado dispensary. Each gummy contains 10 mg of THC, which for me, is usually too much.

So, I decided to cut one in half, and opt for 5 mg instead. Now, this isn’t super accurate because I wasn’t able to cut the gummy completely even. And, there was no way for me to be sure how much THC was in each half. But, somewhere around 5 mg is my best guess.

I ate the gummy after dinner, on a very full stomach, so it took about an hour and a half to kick in. While I was waiting, I sat in my room, on my laptop, hard at work. I knew when the gummy was kicking in because my body started to feel warm and relaxed. Eventually, the colors on my computer screen seemed more vibrant. I kept on working, but felt my mind drifting, and my body longing to lay down.

As I worked, my focus started to intensify. It seemed like each of my tasks were taking longer than usual, but I was more focused on them. While doing a bit of data entry, I found that it wasn’t as boring as usual. But, it took me twice as long because my focus was on finding snacks to eat, and wondering what movie I would watch later.

Once the edible was fully kicked in (about two hours after eating it) I just couldn’t focus on my work. I kept making dumb mistakes, losing track of what I was doing. And getting so lost in thought that I couldn’t remember what I was even working on. I spent a good 20 minutes eating chips and wondering if I should just go to bed. Eventually, my eyes got so dry that I couldn’t even stare at the screen anymore.

Honestly, it was pretty frustrating because I could see the productivity potential of the edible. When I really tried, I could focus intensely on something, but I just couldn’t manage to stay on task. After trying to fight through it, I shut down my computer and went to bed early (which I guess is a good thing.)

Are weed edibles good for productivity? In my opinion, yes and no. After eating the edible, I was able to focus on one thing intensely without getting bored. This seemed super useful for getting things done that I would have otherwise dreaded and then procrastinated on.

However, the constant focus shift put a big damper on my ability to get things done. It seems that with practice, I could train myself to be incredibly productive while high on edibles. So, this is exactly what I plan to do!

Since everyone reacts differently, it’s worth trying to see how productive you might be! You can check out this CBD calculator to learn more on the right dosage to suit your needs.

Why Everyone Needs A Taurus As Their Best Friend