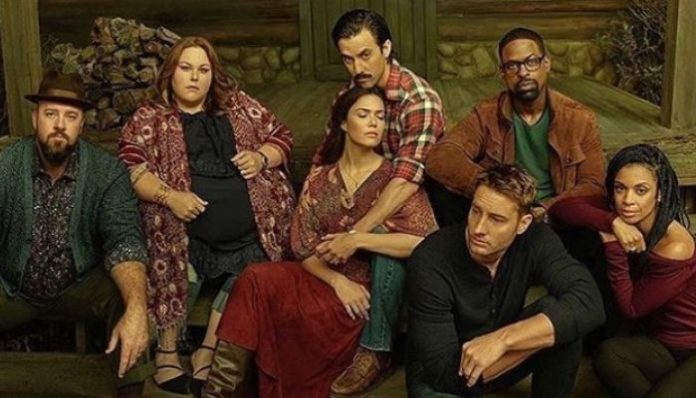 I have to confess something before we start. I didn’t become a fan until AFTER the first season ended. It was smack dab in the middle of summer when I decided to binge watch season one ONDemand. Phew! There, I said it, I feel so much better now!

The year was 2016, and the television network, NBC debuted a brand new television series called, This is Us. In fact, I think It made history when NBC picked up an additional 2 more seasons immediately after its premiere! And aside from falling completely in love with the Pearson’s and Jack and Rebecca’s love story,  I think all the true fans of the show came away from the show feeling like they could relate to each character’s journey through the season, as well a life lessons.

At least I did. One lesson I learned was that Milo Ventimiglia is one of those rare actors that can pull off a mustache that looks like it should be on someone who should be in a barber quartet and still look hot. Two, the love story between the entire Pearson family. That was really something that not only we saw on our  TV screens, but we felt too.

The nostalgic feel of what it was like to go trick or treating with the neighbor kids, and Friday night trips to BlockBuster for family movie night, playing board games. Piling into the back of the family car and just driving, going on adventures, making memories that would last without having to document every second. The simplicity of just being together as a family.

The way that the Pearson family taught us that despite our struggles, we are still part of a family. A family that will love you no matter what. There are so many moments during the show that leaves you in tears, and saying to yourself, “I’ve felt exactly like that.” I remember when I had my very own “I feel your pain moment.” It was during the first season, Kevin invited Kate to a party at his agent’s house where he was supposed to apologize to the head backer of the Manny, and Toby and Kate were dancing having a blast when suddenly Kate felt very self-conscious, noticing that all the people there were staring.

I immediately felt connected to Kate at that moment. I can’t tell you what’s it’s like when you realize you have caught the attention of an entire room of people, and you can see the thoughts written all over their faces as they give off the “wheelchair stare” hardcore at me. What I love about the show is that it talks about real life issues in a relatable way without being overbearing or obvious. They touch on the humility side of each topic. It embraces real-life family issues without being cliche or sappy about it. Everything from addiction, miscarriage, struggling with your self-image, abandonment, and cancer.

Life is about the moments that changed us, made us better in spite of the pain; the loss, life still goes on. That’s what I recognized with the end of season two. Life and all it’s ups and downs still continue even when you’re experiencing struggle and great loss of someone you love. And fans have learned that much in just these two seasons alone.

What do you think the writers are going to show us in This Is Us season 3?

5 Unbelievable Date Ideas In London You Need To Try