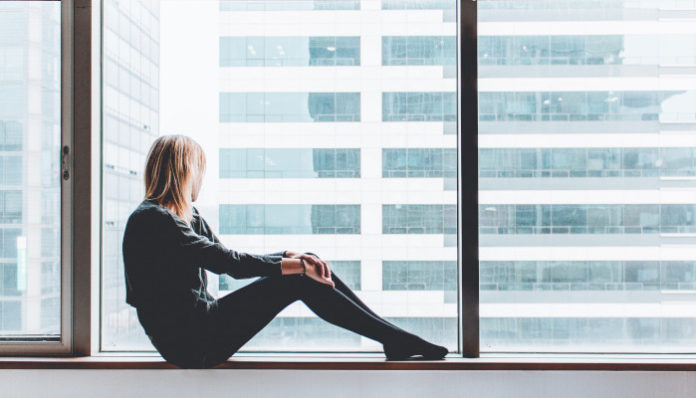 As if the conversation surrounding consent and sexual assault couldn’t get any bigger, allegations surfaced this week stating Supreme Court nominee Judge Brett Kavanaugh sexually assaulting a woman at a party in the 1980s. Naturally, President Donald Trump calls the validity of this accusation to question via his favorite outlet, Twitter.

I have no doubt that, if the attack on Dr. Ford was as bad as she says, charges would have been immediately filed with local Law Enforcement Authorities by either her or her loving parents. I ask that she bring those filings forward so that we can learn date, time, and place!

A serious question has plagued the #MeToo Movement for years: Why aren’t these assaults being reported when they occur?

Thanks to President Trump, Twitter is now exploding with messages that carry the hashtag #WhyIDidntReport.

#WhyIDidntReport Because I agreed to have one drink with him. He was supposed to take me to my car, but instead he raped me. I knew nobody would believe me.

I don’t want to mansplain my way into #WhyIDidntReport, but I’ve never told anyone about what a proverbial “family friend” did to me when I was a kid. I’m 43, and I’m still not ready to.

Why? Because that’s what abuse does. It buries you in shame and fear and…you don’t report.

The reasons someone wouldn’t report sexual assault are endless. Every single reason is valid. It’s not our place to judge or tear others down for speaking their truth anywhere, anytime.

Women don’t report sexual assault not because they’re weak or liars. They don’t report because our society has constructed a system that discredits them and reinforces male power over women by making women responsible for the bad conduct of their abusers. #WhyIDidntReport

We often forget that this issue doesn’t simply impact women. Men can be silent victims of sexual assault as well. They are taking advantage of #WhyIDidntReport to show us anyone can be a victim.

Idk if this hashtag is really for me, being male and all but… #WhyIDidntReport Is because I was 11, she made me feel like it was my choice afterwards, even though it was very clear it wasn’t, I still feel shame about it despite it being 9 years ago and not my fault. P

I was living in a time when someone who identified as a gay teenager would NOT be taken seriously by the police.

I believed that I would be mocked & ridiculed for being gay.

I also felt it was MY fault.

I didn’t think they would believe me.

Also, there are many stories that include the same words, “I actually did report this, but…”

#WhyIDidntReport. The first time it happened, I was 7. I told the first adults I came upon. They said “Oh, he’s a nice old man, that’s not what he meant.” So when I was raped at 15, I only told my diary. When an adult read it, she accused me of having sex with an adult man.

The first time I was raped, I reported it. It was one of the most traumatic experiences of my life:

This is the world in which we live, and these are the crosses so many people bear. Unfortunately, we live in a world that blames the victim, the underdog, the helpless. When is this going to change?

Multiple women accused a man running for President. They blamed the victims, called them liars & crazy, claimed he would sue them. They said one wasn’t attractive enough. He got elected President. Why would anyone report anything? #WhyIDidntReport

#WhyIDidntReport because of exactly what is happening to Dr Ford. The President of the US is trying to humiliate her! Can you imagine? You do nothing wrong. I already was humiliated, scared, and felt dirty and ugly. I still know my truth and didn’t need anyone to question it.

Sexual assault happens every 98 seconds. Yet, only 6 out of every 1000 perpetrators will receive any jail time. We’ve got to step up and change this. Will you be a part of who makes a difference?

You can report sexual assault anytime by reaching out to RAINN, the nation’s largest anti-sexual violence organization. Also, if you or someone you know is the victim of domestic violence, please contact The National Domestic Violence Hotline.

Photo by Alexandre Chambon on Unsplash

Why Your Summer Fling Won’t Last Into The Fall

18 Of The Most Beautiful Quotes From Writers For Writers

Why I Wish I Was The Girl Who Wasn’t Afraid