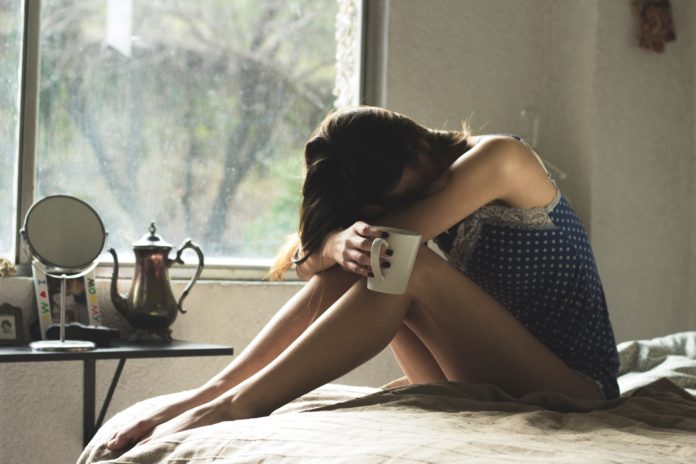 Tensions had been building between a good friend and I  for a few weeks before I finally addressed my concerns with her. There were some things I thought were too important not to address. But the thing is, since speaking with her about it we haven’t spoken since. We just don’t know how to argue anymore.

It’s an all too familiar tale. Things are going a-okay for a second and then one minor setback happens and you never see them again. I’ve done it, too. People have called me out on my behavior and I’m just too embarrassed and passive to face them again. Truly, we are a people who are too fond of saying and doing nothing.

We can’t argue because we can’t communicate.

Actually, most people have issues having any conversation of importance outside of text or Messenger. Many people don’t go to parties or bail last minute because they’re too afraid of an awkward encounter. We are so afraid of dealing with anything other than fake convos and picture perfect dialogs. We are genuinely horrified at the idea of expressing anything that might make another person upset.

Forbes writer AJ Agrawal writes, “Perhaps one of the biggest differences in why Millennials struggle with face-to-face communications is because they’ve always had the ability to edit a message. Even for the most mundane of conversations, younger generations have always had the time to think something over. This not only removes a sense of vulnerability but the raw emotion that could come with it.”

I don’t know if I necessarily agree with the argument that cell phones have taken away our ability to communicate an idea – but I do agree that over analyzing every word has forced us in between a rock and a hard place.

If we say something too nicely, the seriousness of what we mean is lost. But, if we say what we mean too forwardly, it turns immediately into a passive bloodbath.

Honestly, think about, the last time someone told you what was bothering you; did you not go over what they said in your head over and over again? How many times do you relive something mentally in order to get the final word in?

We have no idea how to accept the now.

Acceptance is something we desperately need to work on. Acceptance that things are going on right here, right now and that not everything is going to be the beautiful, aesthetically pleasing image we assume everything should be. It’s like what Agrawal said, we won’t always have the ability to edit what we think or say. Part of that is desperately changing the way we think about the things people communicate to us.

Is it sinful that a fellow student is concerned you overstep their opinions too frequently? Is it really that offensive that your bestie thinks they drive you around too much? How about respecting the courage they had to say something to you before they were too irritated with you to bother with it at all.

It’s not admirable to play the “nothing ever bothers me” game. It’s important to speak up when something is hurting you or wronging you. Seriously – if it bothers you that you’re always the one picking up the tab, you should say something. If you are genuinely concerned about a friend’s wellbeing, say something. If something is bothering you to the point where you’ve mentally drafted what you want to say to them, take the time to express it properly. Simultaneously, learn to roll and adapt. Learn to appreciate what people say to you. We aren’t neanderthals tied to one simplistic lifestyle. We can change and learn to be better without losing everything.

What if we just changed our perception?

Be the better person. Address your concerns with the people you care about before the suddenly become people you don’t care about. Take the concerns of the ones you love to heart and make a genuine effort to change if it is something that is accessible to do.  Becoming better communicators isn’t always the easiest thing; but it is an important thing. You’ll notice your relationships improving and you’ll be able to sleep better at night without over analyzing every word that was shared. Remember, you don’t have to take screenshots if you don’t have to lie about how you feel.

Stop Feeling Envy & Focus On Yourself With These 3 Steps Instead

I Hope You Stand In Front Of The Mirror & Allow...