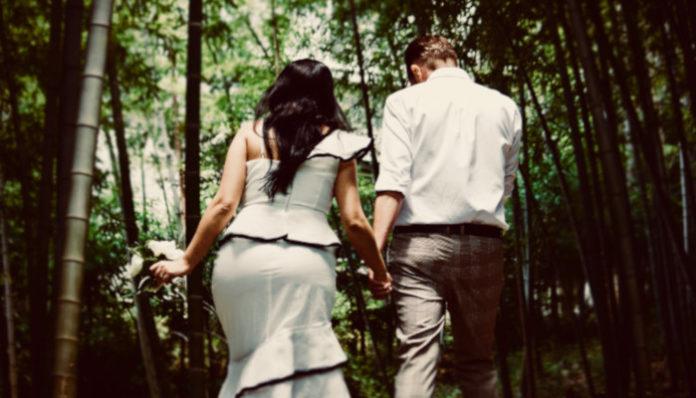 Society often blames millennials for ruining many aspects of the status quo, including the time-honored tradition of marriage. The relationship between millennials and marriage is complex, whether it’s in regards to money, changing goals and social ideas, equality, or the idea of being “marriage material.” All of these facets of society  hold millennials back from saying “I do.”

But, just because millennials aren’t marrying at comparable rates to previous generations doesn’t mean they have completely shunned the tradition of marriage. Actually, 86 percent of unmarried millennials are indeed interested in marriage, but they’re often delaying the big day in favor of other priorities. Let’s take a look at a few things that impact the relationship between millennials and marriage.

Money is one of the biggest reasons why millennials delay or opt out of marriage. With the commercialization of weddings comes the pressure to shell out big bucks for fancy flowers, cakes, hors d’oeuvres, photographers, and save-the-dates, not to mention the rings and the  wedding venue itself. For some, the costs involved in marriage seem insurmountable and unappealing.

Because of student loan debt (the average student loan borrower owes over $37,000) and an economic environment that makes it challenging to find a steady, well-paying job, many millennials are living with their parents or with roommates into their 30s — and who wants to be a married couple with roommates?

The average cost of a wedding in America is over $30,000. For many millennials, that’s one year’s salary. It’s no wonder that millennials are delaying marriage. And when they do finally take the plunge, many opt for smaller DIY weddings that don’t break the bank.

Changes in social ideas about gender and the stepping stones of a successful life also impact  marriage rates amongst millennials. The patriarchal history of marriage, for instance, can make it an unappealing choice for some millennials today.

Along with these unequal assumptions, traditions like a father “giving” his daughter away as if she were a possession and a priest giving a groom permission to kiss his bride during a church wedding, as if it were up to the groom instead of the bride herself, are tough for some millennials to wrap their heads around as the fight for gender equality comes to the forefront of national discussion.

Many millennials want gender roles to look a lot different today than they did 50 years ago. And in some cases, they do. Women are now becoming CEOs and executives while men are becoming stay-at-home dads. Some couples choose to have kids later in life, when they’re more established and financially secure. Others decide to not have kids at all. Families look different today, and millennials want  marriages (or lack thereof) that reflects those changes.

Additionally, the battle for same-sex marriage equality had an impact on millennials’ relationship with marriage, with some heterosexual couples choosing to boycott marriage until the law allowed the LGBTQ community the same rights they enjoyed.

Of course, there are some millennials who don’t believe in marriage. These people might still be in long-term, committed relationships. They may, however, feel that the government has no place in their partnerships or identify with a different belief system. Either way, marriage just isn’t a top priority for many millennials.

Advancing in a career, becoming financially secure, and following passions are higher up on the list of millennial priorities. Whereas marriage used to be what got people established in their lives, today, millennials often want to be established financially, personally, and  career-wise before entering into a marriage. Millennials just reversed the order of operations.

Whether individuals believe in marriage or not, it’s clear that millennials are often focusing on other ways to show love for each other (like honing in on the five love languages or holding a simple celebration of love) that don’t involve a traditional marriage.

When it comes to millennials and marriage, we see that money, equality, social ideals, and priorities all have an impact. Many millennials are marrying later in life or not at all. Millennials tend to be interested in marriage but are not necessarily on board with previous generations’ traditional marriage trends.

What did we miss? Do you want to be? Why or why not? Let us know!

Photo by Jelleke Vanooteghem on Unsplash

Broadway At Home: 5 Streaming Sites Where You Can Watch Musicals

As A Future Teacher, I’m Absolutely Terrified Of A School Shooting Taking Place

Why You Should Date The Girl Who Absolutely Loves Halloween

Read This If You’re Tired Of Not Being Enough