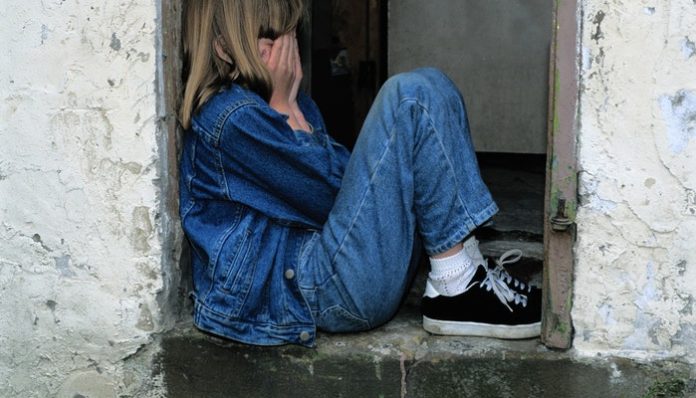 She hid under her soft covers, trying to block out the sounds of her parents fighting, as tears rolled down her eyes. She felt her head pounding and her heart breaking into even more unrecognizable pieces. Why couldn’t her parents see what they were doing to her? Why couldn’t they hear her sobbing and sniffling as they shouted hatefully at each other?

It was as if it was a competition between them was a competition of who could hurt the other more.  But, in their war of words, they forgot about their daughter buried under her covers. The child feeling helpless, angry, and tired of the life she was living. She loved her parents more than life. And despite them being awful together, she reminded herself constantly that they were perfect, adoring, and caring parents. Toxic to each other, but great apart.

And, even more so, she was tired of always having to choose sides, always wondering if she was choosing the right side.

What her parents failed to understand is that arguing isn’t communication. It’s just a bunch of noise. Her parents failed to see that every argument they had made her despise the idea of marriage and love more. They failed to realize that every spiteful word they had shouted at each other over the years had chipped away at her childhood, glazing it with the tears she had shed and the anger that had built inside of her.

They were too busy tearing each other apart to see that their little girl was growing up, struggling with her self-esteem and confidence. Too embarrassed and ashamed of herself and her family to ever let anyone in, she found herself spiraling into a hole of depression. What is a child to do, when her parents are acting like children, forcing the child to become a parent themselves?

As the yelling subsides, she wraps her arms around herself tighter. The tears still streaming slowly down her face, her head still throbbing against her pillow. She wondered if this was what her life would always be like. If all her existence was meant to amount to only this, a constant stream of pain. She closed her eyes tightly, saying a small prayer, hoping that despite her childhood, she’d turn out okay.

“Divorce isn’t such a tragedy. A tragedy’s staying in an unhappy marriage, teaching your children the wrong things about love.”
– Jennifer Weiner

In South Asian cultures, divorce is still considered taboo. Many times it’s seen as a failure of the wife to make her husband happy. A failure of the girl’s parents who weren’t able to raise a decent daughter. They say divorce doesn’t happen in those places. But the truth is, the choice of divorce isn’t even given in the first place. Like many who are raised in strict environments, they stay in marriages for their children, honor, and fear of society.

The children of these broken marriages without divorce go through life with a very cynical view on love. The scars that they carry lead them to having low self-esteem, and feeling uneasy in their own homes.

Every child would like to live in a perfect world where their parents never fight and share the perfect relationship, just like the ones in novels. But the real world is far from this fantasy. As experts from divorce services say, there are some marriages that are so broken and poisonous, despite “staying together for the sake of the kids,” they do more harm than good to the children. Wouldn’t it be better to show them that not all relationships have a happy ending? Shouldn’t we show them that it takes more courage and strength to walk away so that you can change the situation, than drown in misery?

Divorce doesn’t always have to be seen as a bad thing. An unhealthy and broken marriage teaches children the wrong ideas about love. They grow up either believing that every relationship is doomed to fail, or have the misconception that they should stay in a relationship that involves disrespecting each other and constant fighting.

Love in a marriage is about respect, happiness, and cooperation. And parents should lead by example. Because the emotional and physical toll such marriages have on children is immense and directly shapes their future, filling it with emotional insecurity and instability.

To The Guy I Hope Will Never Say Goodbye