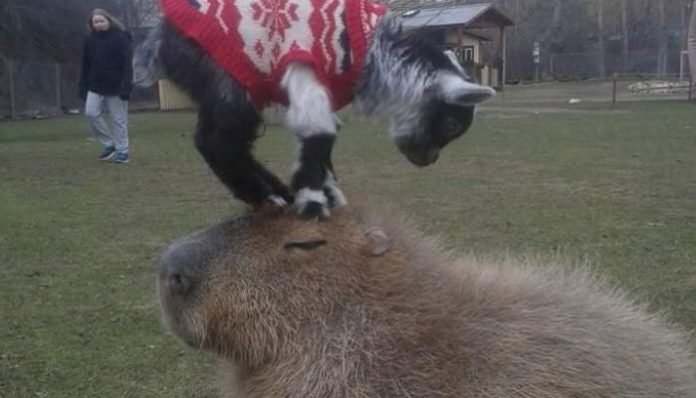 Sometimes a dog or cat isn’t enough. If you are searching for a new and exciting pet alternative, consider adopting an exotic animal. Owning an exotic animal can be fun and rewarding! But with anything else, do your research first! For starters, here is a list of animals that you can own! 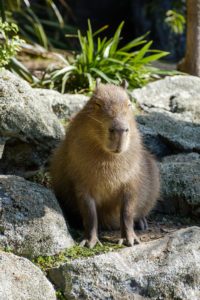 If you ever owned a gerbil or a hamster and felt like that wasn’t enough of a rodent, then you might need a Capybara in your life. A Capybara is one of the world’s largest rodents. They’re semi-aquatic creatures and require direct access to water to swim. They can grow up to 140 pounds. If you plan on becoming the proud owner of a Capybara, it’s best you adopt more than one because they do better in groups. In states like Pennsylvania, Texas and others these creatures can be adopted as a pet without a license. 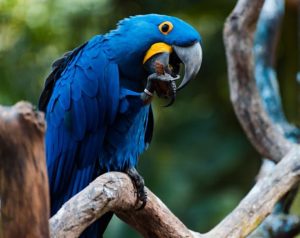 This tropical bird is known for being just as affectionate as people, plus it can talk! They are extraordinarily strong animals that can live up to 60 years. They can grow up to 40 inches long and have a wingspan of over 4 feet. Sadly, the Hyacinth Macaw is classified as ‘vulnerable’ endangered species. This beautiful bird is allowed in most states as long as it’s obtained legally.

Surprisingly enough, skunks are a legal pet in most states as long as their scent glands are removed. It’s one thing to have your home smell like a dog, but it is quite awful to have it smell like skunk. Their spray is used as a defense mechanism against its predators While it may be a legal pet, skunks are best when kept occupied otherwise they’re known to be destructive.

From the heart of Africa, the Sevral has the appearance of a leopard, but the disposition of a domesticated cat. They can jump 10 feet up in the air. They typically grow up to 40 pounds and

According to Wide Open Pets: The states in which owning a serval is legal in about half of the United States. It’s legal to own a serval in Nevada, Idaho, Wisconsin, Alabama, South Carolina, North Carolina, West Virginia without a license required. You can obtain a license to own a serval in Montana, North Dakota, South Dakota, Oklahoma, Texas, Arizona, Mississippi, Missouri, Indiana, Pennsylvania, and Maine. 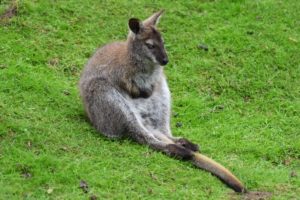 It’s like a bouncing Great Dane! A wallaby is a type of kangaroo that requires a lot of outdoor space to roam. They can grow up to 6 feet tall and they can weigh up to 54 pounds. They are herbivores and can be walked on a leash. If you live in Arizona Idaho, North Dakota, South Dakota, Oklahoma, Texas, Missouri, Mississippi, Indiana, Pennsylvania, Virginia, and or Rhode Island you can get own a wallaby with a USDA permit. If you live in Nevada, Wisconsin, Ohio, West Virginia, North Carolina, and South Carolina you can own a wallaby without a permit.

If you are considering adopting any of these animals, it is imperative that you do proper research. The Born Free USA foundation is a great resource to check the regulations for owning an exotic animal in your state. While they might seem like cool pets, exotic animals tend to require a different level of care than a typical house pet.

Opposites Attract: 6 Reasons To Date Someone Who’s Nothing Like You

How Do We Become Survivors When We Still Feel Like Victims?