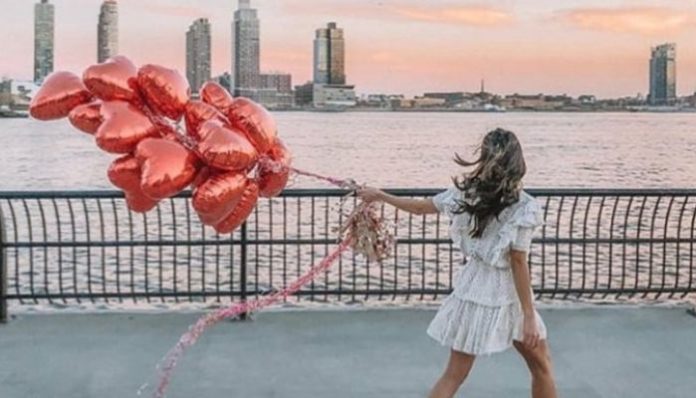 My 18th birthday taught me a precious lesson, and it also showed me how essential spreading cerebral palsy awareness is.

For most of my life, I have avoided spreading cerebral palsy awareness like I am now because I was afraid to accept the fact that I had a disability and I just wanted to fit in with society. I struggled for a period of time accepting who I am.

I didn’t realize how vital cerebral palsy awareness is, and honestly, it wasn’t until I got older, in fact, when people asked me why I don’t spread awareness for cerebral palsy. My answer was as naive as it gets–people aren’t dying of cerebral palsy, so why should I bother spreading awareness about it?

My past and the choices I made are what helped me come to this decision now, and to choose to make a difference in the future.

So for those of you that don’t know, I was raised by my stepdad who I consider to be my father since my biological father who for privacy reasons we are going to name him ‘Jeff’ was never in the picture. Throughout my whole entire childhood in fact, as a child, I had many questions of why Jeff chose to not be a part of my life. I remember as a child being in Pre K and making father’s day cards and wondering who to give it too. The main question in my mind for many years was, was he not around because of my condition and my disability? Was he too afraid to be a father to a child with special needs?

After having so many questions, after 17 years and two months before my eighteenth birthday, I wondered what it would be like to have a relationship with Jeff. I had no connection or relationship with this man at that time. I didn’t know much about him besides the fact that he was into sports. My mother never spoke ill of him.

So after giving it some thought, I finally decided to locate him and find him and maybe in some way we could make up for the 17 years of my life that was missed. I have always had this picture in my head of what it would be like to meet Jeff. As a little girl, I pictured a big happy family reunion with Jeff and him teaching me everything he knew about the sport he loved.

After two days of doing my own research, I found Jeff. I called him, and we spoke for a few minutes or so. From the first conversation with Jeff, I didn’t feel a single ounce of connection like I had dreamed about as a child. Needless to say, in my opinion, he did not know what do in the situation. I mean who would after 17 years? To be truthful, I didn’t know what to do either since in a way I felt like I was breaking my dad’s heart by reconnecting with Jeff.

I was definitely in a pickle here, but I followed my heart and continued to talk to Jeff, however, after a while, I realized Jeff was a toxic person and had nothing positive to say about his life.

I had made a choice to no longer speak to Jeff, so I texted him two days before my birthday about how I felt about our ”relationship.” I didn’t get a reply. So many thoughts came to my head thinking maybe he’s hurt that I told him my feelings.

And then, my birthday arrives. Suddenly, he sent me a text that said the unthinkable I remember the feeling in my chest when I got that text.

“HAPPY BIRTHDAY AND IF YOU DON’T WANT ME IN YOUR LIFE, GO KICK ROCKS SOMEWHERE AND OH, BY THE WAY, YOUR MOM DROPPED YOU THAT’S WHY YOUR LEGS BROKE!”

I dropped my cellphone that I had just gotten for my birthday on my couch. I didn’t want to eat my s’mores anymore, I just sat there with tears sliding down my face as my mom asked me what was going on. I explained to her the situation and so she takes the phone, glanced at it with a look of her heart breaking.

As I was sitting there on the couch crying, I began to think about it. This is happening to me for a reason. God is trying to guide me somewhere with a significant event occurring on an unforgettable day,

After I gathered my thoughts together, I called my now ex-boyfriend, and told him what had happened between Jeff and me, and he looked at me, and said, “You need to start writing and speaking about your Cerebral Palsy because of uneducated people like Jeff because I bet you’re not the only one that went through something like this.”

Guess what? I agreed. He was right. I need to start speaking out for people who can’t. Ever since my 18th birthday, I have made my mission to write and express myself when it comes to awareness of Cerebral Palsy. I realize how crucial spreading awareness indeed is when it comes to my condition because there are a lot of people that are not aware of cerebral palsy.

Looking back at this experience now, it’s made me into a stronger woman. I told Jeff to never contact me again. He won’t get to be a part of the story that I will tell to millions, and that will inspire these same people.

I stick by that statement I made to him, do I regret reaching out to him? No. Do I regret my decision to try and build a relationship? No. I have no regrets towards having the desire to do something. It was a life learning experience that I’m forever thankful for. In the midst of me writing this, I hope that sharing my story could hopefully inspire others to spread awareness about their disabilities or their life struggles because you never know whose lives you can touch.