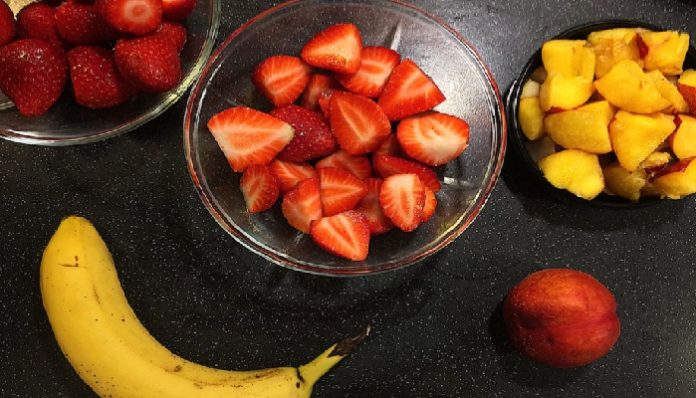 I am the type of person who could eat a whole pizza in one sitting and not even notice. I know a lot of people wonder how I could stuff my face with 200 nuggets, but it’s not just some dark magic that I mastered over the years. I have my great metabolism to thank for practically never noticing an extra pound here and there. I’m not saying that I don’t put in any effort at all into my health, I do yoga, I work on my “abs” (which are still not existent), and I jog under the cover of darkness so that no one could see my face getting bright red. However, I was never a fan of diets. I love food too much and voluntarily restricting myself from what I craved always seemed like something I just couldn’t handle.

However, I recently got an idea in my head that I really do need to start taking better care of my body, I mean I’m not getting any younger. So I decided to go on a fruit and veggie cleanse where I ate nothing but things that come from the ground for a week (that was the minimum goal for me, I was really hoping that I could last two weeks but that obviously didn’t happen). I decided to completely cut out all dairy, meat, and grain from my diet for as many days as I could so that I could replenish the nutrients in my body and charge it with a dose of vitamins.

My daily diet was simple. With my busy life, I just couldn’t bother being too creative with my new meals. There was mostly no diversity day in and day out, and being a big fan of everything fried and salty I was having some trouble adjusting at first. So here are the meals that I interchanged throughout the week:

I was having a blast the first couple of days of the diet. I love fruit, so stuffing my face with pineapple and strawberries was not exactly unbearable torture. However, as the days progressed my body was literally craving something more filling than a salad. Sometimes all I could think about was just having some fries, it’s scary to think how addicted and dependent I had become on all these processed foods that I have easy access to. By day four, after another batch of steamed broccoli, my body had had enough. I got nauseous and sick right at work. My body had an overdose of freshness that I wasn’t expecting. I guess I was just not used to processing that much raw food in such a short time. I mean, all the food that I ate my whole life was mostly cooked, making it a lot easier to digest than when I began stuffing my system with raw healthy goodness. My body literally hated me by the end of the week, it was exhausted, the vitamins that were supposed to be overflowing in my body seemed to be hiding somewhere because I sure couldn’t feel super recharged and energized.

So the lesson I learned from this experiment: everything is good in moderation. I will definitely not force my body to overwork and process more than it is used to by giving it too much freshness that I thought it would thank me for. So as of now the only diet that I am going on is trying to cut out as much sugar and processed foods as possible and doing no more than two cups of coffee per week (because coffee IS life). Everyone’s body is different so figuring out what works best for you is key when you are trying to be healthy and not just following other people’s advice or the trendiest diets. I sure learned my lesson the hard way!

The Reality Of Spending The Holiday Season Away From Home