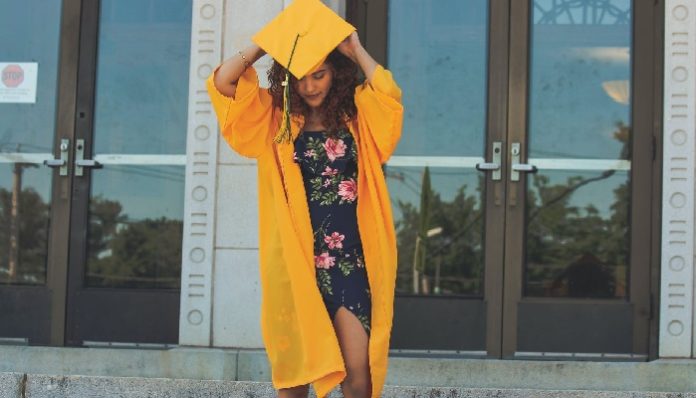 Graduation is displayed as this amazing magical time in the movies. Everyone is excited, throwing hats, etc. Although it is an amazing experience, post-grad life is a harsh reality check. You just spent the last four years studying your ass off just trying to survive. Everything has been planned out for you, and now suddenly it isn’t. So what do you do? Where do you take it from here? I don’t really think anyone has the answer. I also don’t think there is a wrong or right way to go about something. What I can tell you is that there are some common categories that post-grads tend to fall into. After you graduate, you are going to see the majority of your friends fall into these categories:

A lot of people still have some credits they need to knock out. They will probably need to stay for summer school, and maybe even into the fall term. There are several reasons for this: they took a light class load, they transferred from a different school, they failed a class, or maybe they are trying to fulfill their minor or double major requirements. If this is you, there is nothing to worry about. College campuses are fun during the summer with lots to do, minus the crowds.

There will be people who have a lot of connections in your college town and will stay there. They either have a great internship, or they have found a permanent job. It doesn’t meant they are still stuck in their glory days, and there are usually other sides of a college town to explore. Plus, you’ll have a sick couch to crash on when you come back for your first football game as an alumni.

These people were ready for college to end. They had a fun time, but it’s off to new places. They are ready for the next adventure in life and they are taking life by the horns. They probably had this new city mapped out for a while, and as soon as they can, they are gone. This graduate has probably always known what they wanted and are glad they finally have the freedom to pursue it.

Take a deep breath, this graduate is a rare breed. They probably were the ones who had the 3.8 and multiple internships. They were already interviewing for companies their senior year, while you were still taking shots at the bar. I really don’t know how they did it, but as soon as they walked off that stage, they had a big girl job at 9 AM the next Monday. Don’t be intimidated or feel insecure by this person…they are not the norm. However, if you are this person, congrats!

5. Move back in with mom and dad

This is way more popular than you would think. A lot of people don’t have jobs lined up, and don’t want to continue to live on campus. They go back home because they don’t have to pay rent and get hot meals every night, and maybe they don’t have other plans. A lot of graduates do this temporarily, waiting for their first new job, or before they move. I hope for your sake that it’s a temporary situation. Living with your parents after college is not ideal. There are some people who really don’t know what to do and just veg out and freeload after a while, while others get a part-time job at a local shop in town. That’s fine for now, just make sure you’re not still doing this in five years.

Just remember that after college is a turbulent time. No matter what it looks like from the outside, none of us really have it all together, and that is okay. It’s fine to not know where you are going or what you are doing. That’s what life is about, figuring out the way that is best for us. Don’t feel like a failure if you fall, that’s how we learn. So whatever graduate category you fall into, it doesn’t define you who you are as a person, good or bad. College doesn’t prepare us for the post grad life. After we get that diploma there aren’t instructions on how to get a job, how to pay taxes, or how to live on a budget. We have to figure it out ourselves, and we all have different ways of doing that. Keep your chin up, you are doing great!