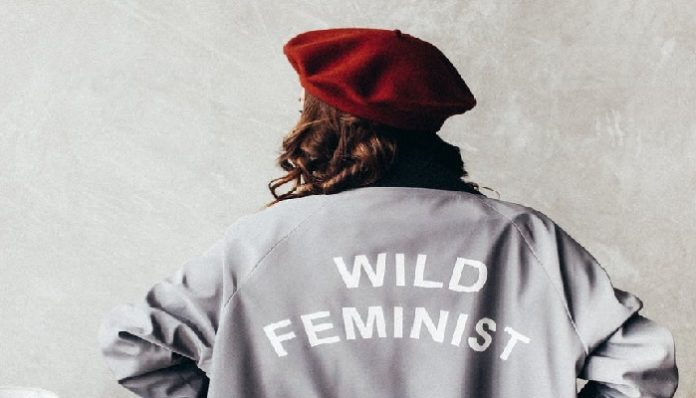 Feminism is amazing. You’re never more than a click away from it anymore, which is an achievement is monumental in its own right. We are more than housewives and sex objects, and; we are proving every day that we are just as good as our male counterparts. I have called myself a feminist for many years, because I believe in gender equality; I think that sexism is a pointless act of prejudice and really it gets us nowhere. But now, I refuse to call myself a feminist any longer; because honestly,

You’re making us all look crazy.

Feminism is about women, and men, being equals, and neither one having superiority over the other simply because of their gender. Somewhere along the line, this has been lost and feminism has become an excuse for man-bashing, and radical beliefs where we are becoming offended at literally everything. It’s people like this that make it perfectly acceptable to start a riot over the color of a cup!

So, here’s a list of 5 important things you all need to know about the name of feminism:

1. You’re being ridiculously sexist towards men.

Considering the main focus of feminism is to combat sexism, so many feminists are ridiculously sexist themselves. We paint all men with the same brush, and assume they’re all the same. How is it possible that all men are heartless rapists? It’s not true, so we need to stop trying to make people think like that.

We’re all quite happy to look at half-naked photo’s of Ryan Gosling., Yet any half-naked photographs of women, are absolutely outrageous. We want to be seen as strong, as opposed to the usual stereotype of a weak, frail woman, but we won’t allow men to be effeminate, and actually have their own justified feelings too. I would never tell someone they’re ‘Such a girl’ for crying, so why tell them to ‘Man up and get over it’?

2. You’ve lost the point of Feminism.

Feminism is a movement of equality. It was named after women because the movement originated when females had much less rights than our male counterparts. Now, we can vote, we can drink, we can get an abortion, we can keep our last name when we get married – we can do things we’d never imagined we’d be allowed to do before.

But somehow, over time the main purpose of feminism has been lost in translation and we’re now trying to prove we are better than men, more worthy than men. No, leave the boys versus girls fight in the playground where it belongs.

3. Some women are happy being housewives, or wear revealing clothes.

I have no real desire to have children and be a housewife, and thanks to feminism – I don’t have to! I have a world of opportunities ahead of me. But I know many women who want that life. They want to stay at home and raise their children, and have dinner with their husband when he gets home from work.

We’re calling for female empowerment, to be able to wear whatever we want and not feel threatened. But, many feminists also tell everybody who will listen that women who parade their bodies are just conforming to the way men want us to dress. News flash, some women actually enjoy wearing flattering clothes and basically flaunting what we’ve got! It’s a choice.

Not every single man in the world is out to victimize us. There are some sexist people out there, I agree, but out of the billions of men in this world I’m pretty sure that they aren’t all the same.

Not every man who buys you a drink is going to attack you, he might just be friendly.

Not everyone who says you’re beautiful is objectifying you, they might just think you’re pretty. Not every job you get will mean you suffer from the pay gap – because it isn’t real. Yes, a lot of men have high paying jobs, but women doing the same job get paid the exact same amount.

Feminism was necessary when we were second class citizens; when we didn’t matter. But we do matter, and we’ve proved it a million times over.

We need empowerment, and we need confidence to be the women we want to be.

We need equality, to not be judged simply for being a female. But, most importantly, we need to stop looking for problems that aren’t there. Stop seeing everything as a threat to every woman and enjoy how far we have come. Just remember: when you change the way you see things, the things you see will change.