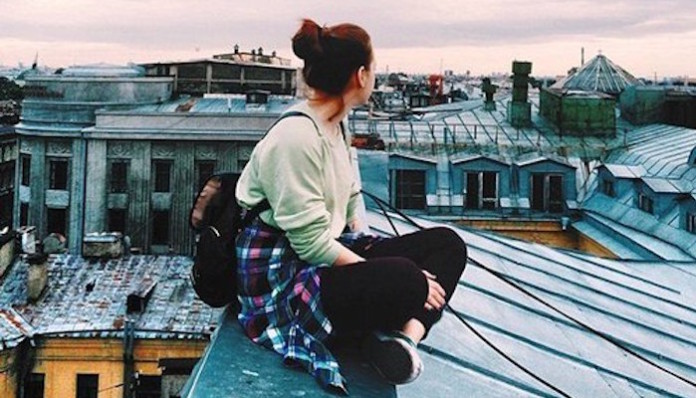 I’m a big believer in a lot things. In fact, I love believing in things. I believe that grilled cheese is the single greatest food product created by the hands of man, and that a good bottle of Pinot Grigio is not a wine, but a human necessity. I believe that Sylvia Plath’s diaries hold the most tragic and truest words ever recorded, and that Gina Rodriguez and Amy Schumer deserve all of the girl-crushes in the world. I believe that you can sleep better with one foot peeking out from under a blanket and that, no matter how hard you try, you’ll never know more about a person than what they want you to. I even believe in things just for the sake of believing in them enough to argue for a few good hours, because I definitely believe that feeling right or pissed off is better than feeling bored. But for all of these things that I do believe in, there is one thing that I don’t… and man, it can suck sometimes.

You see, I don’t believe in God.

And it’s not anybody’s fault, really. My childhood Sundays were taken over by Hebrew School, my hometown is about 95% Jewish, and because my dad was raised Catholic, we even threw a Christmas tree alongside the Menorah during the holidays. I went to a Jewish sleep away camp for 8 straight summers and stood up in a little gold dress in front of my awkward, greasy, prepubescent friends during the ceremony for my Bat Mitzvah. Yet, here I am, nineteen and Godless, watching my friends find satisfaction in faith and reading about people finding salvation in spirituality.

I wish that I believed in God, since there are moments where we all feel directionless and alone. I also wish I had red hair and could dance. Some things just aren’t going to happen.

It’s kind of crazy to me how many people are so intense about their religion. I appreciate it, don’t get me wrong, but the idea of being born into a set of values and beliefs that are supposed to govern your life simply doesn’t seem right to me. Some grow up reading words from ageing books and singing prayers in languages that they don’t even understand, yet cling to their religion with a blind potency that can really only be explained by the concept of indoctrination. There are hundreds of different gods that hundreds of different people believe in fervently enough to defend with guns and warfare. Who is to say which one is right, especially in the midst of all this action which is so tragically wrong? I was raised Jewish for more than half of my life, but I still don’t really understand what that means. I understand that the prayers and the readings told me to be a good person, to live a good life, and to care…but I don’t see the point in tying that to a religion when it all seems so logically tied to plain humanity.

I don’t think that God has a plan for us. I think that things happen in life, by chance or choice, and nothing is either a punishment or reward. If it falls on one end of the spectrum, it’s either a sh*t circumstance or an awesome one. And I’m not alone in these beliefs… a whopping 34% of my fellow millennials don’t believe in God, either. I wonder if some of them don’t because they grow up hurt and afraid, perhaps in the midst of war or genocide and wonder how an existing God could ever let these things happen. I wonder how many of them believe so firmly in science and explanation that attempting to correlate the world’s events with an unseen and unknown power seems completely ludicrous. I wonder how many of them have spent years of their life half-heartedly practicing a religion that they had no higher connection to.

Maybe some of them are like me, and they have no solid reason why they don’t believe. I can’t will myself into thinking that there is a higher power just because it is conventional, and I can’t pinpoint down an explanation for my lack of faith because it’s more of a plain absence than a stance or a result.