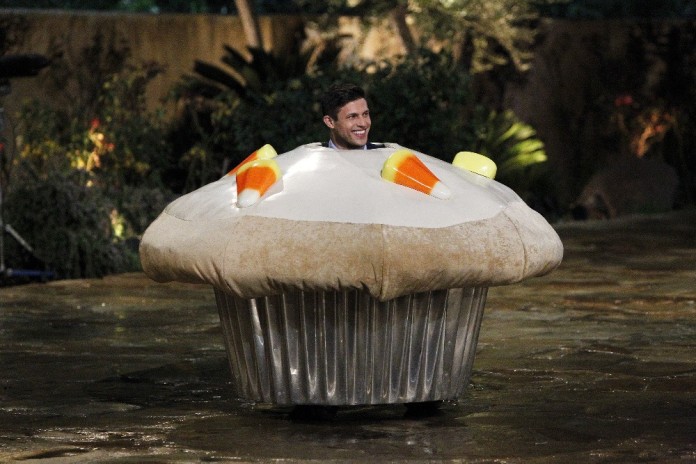 Avid Bachelor and Bachelorette-watchers know the drill: for those of you who don’t, typically, there’s just one Bachelor or Bachelorette and 20-something prospective partners to choose from. But for whatever reason this season, producers thought it would be a great idea to pick both Britt AND Kaitlyn, former contestants of The Bachelor on Chris Soules‘ season. After a few short hours of wine-induced greetings with the men, the guys get to choose which one they want to be their Bachelorette. Previous Bachelor Sean Lowe even said in a blog post that he thought the idea was “downright degrading” and “just a rating ploy.” So, is the new setup working or not? Here’s 14 thoughts everyone watching “Part 1” of the premiere had:

8. As the awkward encounters continue, we’re all just hoping somebody gets really drunk and diffuses the tension.

9. Did anyone catch that one of these guys is a “junkyard specialist?” Um…what?

11. Our wishes have been answered, Ryan is wasted. He announces, “I’m horned up everybody,” “I apologize for nothing,” and “I didn’t do anything wrong, besides being awesome!”

12. …And then guy in a candy-corn cupcake drives up, with only his head visible. I don’t know what to think of this besides the fact that I’m really glad this just happened. (And he’s actually pretty cute, too). 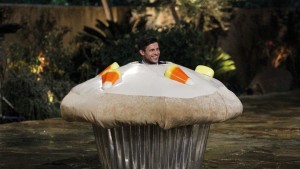 13. Then blackout drunk guy tries to fight the sex coach. And then he angrily asks one of the guys, “why am I not raping you right now?” Which is just taking things way too far. This, along with grabbing Kaitlyn’s butt, is enough for Chris Harrison to send him home right then and there. Thank goodness.

Looking forward to next week!

The Compliments I Would Rather Hear Instead Of ‘You’re Beautiful’