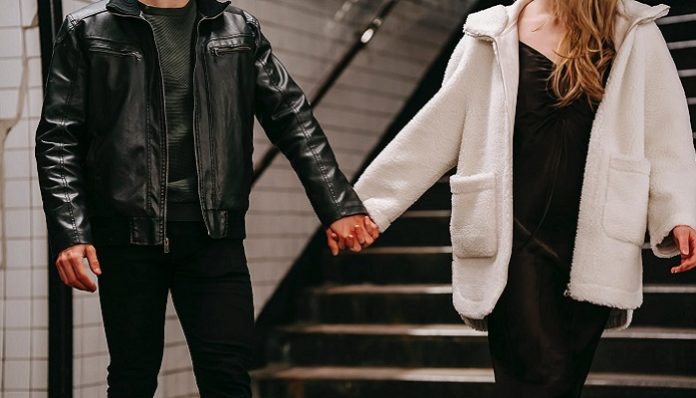 The question slips from our lips, usually while we’re in a drunken state, although it crosses our sober thoughts constantly. We ask the question hoping for an answer that will bring us some type of relief or label that explains the texts and sleepovers that have been a constant for the past several months.

In some cases, there are a select few guys who freak out when a girl brings up the “what are we” conversation.  As daunting as that conversation may be, it is one that is completely necessary to have. It’s important as a girl to realize that when a guy is not committed to making something of the relationship, it’s not worth one more second of your time. Although it’s a scary thought not talking to this guy you thought you would be dating by now, cutting ties when the relationship is going nowhere will have far more benefits.

I know what you’re probably thinking, who does this chick think she is, preaching to all women about when they should and shouldn’t stop talking to a guy?  I’m preaching to you because I’ve been there.

College is a crazy time in your life when it’s hard to know how serious someone really is about a relationship, which makes finding the right guy ten billion times harder. This year, I found myself talking to a guy who had mentioned dating and being together first semester, but then transferred abruptly before second semester began, leaving me confused and questioning what was going to happen with us.

The constant chats about us dating faded into the darkness and the guy I once knew became a figment of my imagination. From seeing him everyday to twice the entire second semester, I began to question what I was even doing.  I was still putting all of this time and effort into a relationship that I knew in the back of my head was going nowhere.

The “I can’t make it up there this weekend” texts became more frequent. Soon enough, our relationship became one where we only texted on the weekends.  Why was I committing myself to a guy who clearly wasn’t committed to me? It has taken me until the end of this semester to realize that throwing all your effort into a guy who claims his reasoning for not dating you is because “he sucks at relationships” is just bullshit. Don’t get me wrong, I’m not saying that one should just cut off talking to all men. I just think that as a woman it’s important to realize when a guy is no longer valuing your awesomeness.

1.) When he says “I want to see you later,” yet he gets too drunk to text you where he is or makes no plans to see you then.

Having to search around town for the guy you thought wanted to see you is one of the most annoying things to deal with. No matter how many texts you send or calls you make, if the guy is too drunk to respond, cut it off. Honestly, if the guy is really committed to you, he won’t make himself untraceable to you when he’s out with his friends.  He will be texting you and calling you, asking to come and hangout with him.

2.) When he claims he talks about you all the time to his family, yet never makes any plans to introduce you to them.

Whether the fling is just a month old, or has been going on for half a year, it’s always an expectation in the back of your mind that you will be introduced to his family at some point.  But when the months continue to pass and you still haven’t met them, you begin to question your own character.  Am I not good enough?  Is he embarrassed of me?  For me, it came to the point of me asking him if he just didn’t want his family to meet me. Although he claimed that “he couldn’t wait to introduce me to them,” it got all the way up to eight months of “talking” and I never once met his parents.

3.) When you ask what the status of your relationship is and he says “I don’t know” or “I’m not sure yet.”

I am one of those people who hates when others beat around the bush instead of saying something straight up.  I probably asked this guy four times what we were and what I was to him, and every single time I got an altered version of the same response, “I don’t know” or “I’m not sure yet.”  To be quite honest, I don’t know why I didn’t see through his dumb excuses earlier.

Being a strong believer in “everything happens for a reason,”  I think this guy who couldn’t commit was just another step in the journey, not of finding the one, but finding myself.  Situations like this teach you a lot about your character, and although the idea of cutting him off made me worry that I was being dramatic, it’s never worth letting someone play around with your heart while you just sit back and take it.

Being led on doesn’t feel good, and sometimes there isn’t a way to prevent it from happening.  Just know that you can do better. As appealing as a relationship may seem, sometimes being on the single ladies’ train isn’t all that bad, and that, I can say with complete confidence.