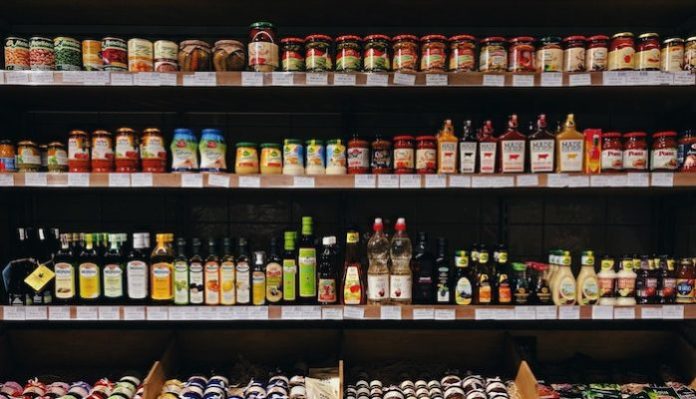 Now, you may have heard of the product, but have you considered using it as a product on your face? Probably not. Well, now you don’t have to waste your time trying it because I tried it for you! For seven days straight, morning and night, I used no name apple cider vinegar that was $1.99 at Shoppers, and my regular face wash: Clean and Clear Essentials: Foaming Facial Cleanser.

Before I tried this product, I had no new pimples, but some that were under the skin. The pimples were very red and irritated, dry and flakey in some spots, mostly on the cheeks and beside the nose. So, everyday I took a cotton pad and put some vinegar on it as if it was a toner, added some water to the pad in order to dilute it, rubbed it gently all over my skin and let it sink in and dry, and then followed up with just an everyday moisturizer.

In the morning on the first day of use, I found the scent a bit strong, but I got used to it pretty quickly. Once it soaked into my skin, it felt very soft. After, I continued with my regular moisturizer and makeup routine.In the evening, I used a cleanser to remove my makeup and used the vinegar.

In the morning I actually noticed that all the pimples that were under my skin had significantly shrunk, and the redness had subsided a tiny bit. I continued with my same routine. At night time my skin was a little dry after taking my makeup off, so I used a light exfoliate and used the vinegar again. I didn’t use any additional product.

When I woke up on this day, the pimples were virtually gone and no new ones had risen. I have some scarring on my cheeks from beforehand, and I found that it wasn’t as red but it was all still there. At night time my skin felt so soft and I didn’t use any additional product.

The Fourth to Sixth Day:

In the morning I Had woken up with two small, but noticeable pimples (one on my cheek and one on my forehead). I believe that this happened because my period was about to start. I washed my face with my foaming cleanser and then used the apple cider vinegar as usual. At night time, I found the acne hadn’t gotten worse and shrunk a little bit. I washed my face with the foaming cleanser and used the apple cider vinegar. After, I applied a spot treatment and went to bed.

On the morning of the last day, I noticed that the acne had shrunk considerably and I continued to notice the previous scarring on my cheeks had gotten lighter and lighter as the week went on, but only very slightly. (I believe with persistent use they may become way better). At night time, I washed my face and used the apple cider vinegar and spot treatment again.

With the apple cider vinegar, my dry skin was not as problematic. I found that as the week went on, I wasn’t using as much moisturizer as I normally would have to. Also, my skin isn’t nearly as irritated as it usually is, and this makes it so much easier to apply my makeup. I also felt like I didn’t have to use as much makeup, so that is a bonus too.

I will continue to use this product because I truly believe that it made a difference, and I think with long-term use it could help get rid of my scarring altogether. Apple Cider Vinegar worked decently well at preventing breakouts (except hormonal related pimples). In a regular week, I usually get anywhere between 3-5 pimples surface, and this week I had only 2, and that was a result of my hormones shifting. In a regular PMS week, I usually break out on my forehead, chin, and cheeks resulting in multiple large annoying pimples; however, the only ones I got this time were two small ones that were gone in a couple of days.

I love this product, and I would recommend it to anyone who has a skin type like mine!