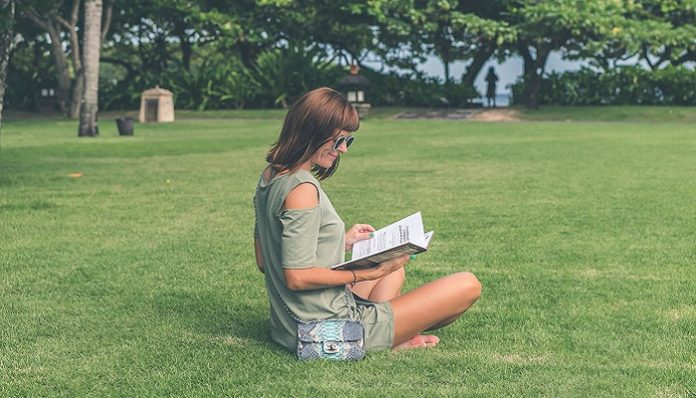 I’d like to think I’m a pretty good listener. As a sociology major, I probably study human interaction more than the average Joe, so  when it comes to college girls, I’ve heard it all: all the complaints, all the excuses, and all the straight-up bullsh*t. The words we use to express ourselves play a large role in how we mold the world around us, and how we impact those whom we interact with. Words can be beautiful, inspiring, heartbreaking, and breathtaking. When it comes down to it, it’s hard to deny that words are immeasurably powerful, and it wouldn’t hurt for us to step back and really think about what we choose to say. Here are 8 things that I hear college girls say regularly that I absolutely can’t stand, and think should be taken out of our vocabularies immediately.

Simple. They’re not texting you back because a) they’re an idiot and don’t see how great you are, in which case you don’t need them anyway or, b) they’re busy. In either scenario, turn off your phone and stop equating your self-worth to the speed it takes someone to send you trivial blurbs of pixellated lexicon.

Are you ever not tired? No. You are in college, you work hard, you’ve got things to do and places to be, so YES you’re going to be tired pretty much every waking second of the day. You’re never going to remember the nights you got enough sleep, but you’re sure as hell going to remember those 3 am uptown adventures. Live for those moments and earn yourself a Starbucks gold card in the process.

Again, when are you ever not going to have a lot of work to do? Unless it’s due at 11:59pm that night and it’s 10pm and you haven’t started, just go for it. I know that sounds irresponsible, but I’m a firm believer in the fact that if you actually want to get something done, you will get it done in the time you have. Use those three hours that you would normally use watching makeup tutorials or creeping your ex-boyfriend and go out and do something instead. It’s not wasted time if you use it to grow through experience.

Stop. Making. Excuses. Especially for your significant other. You’re probably the only one who can’t see the ridiculousness behind justifying your partner’s brainless actions. Just because your partner is racist, sexist, ageist, annoying, or just an overall sh*tty person some of the time, it doesn’t make it okay because they’re not like that all the time. Stop trying to defend them. It’s not working.

Then you bite your tongue as not to blurt out “your loss” and make like Jay-Z and go on to the next one. This works in pretty much every situation.

The world is not a baseball tryout. Sure, in high school the dumb boys with the shaggy hair and baggy pants thought it was cool to rank everyone on a scale from 1-10, but in the real world, that just doesn’t happen. Our brains are not wired to place each passing person on a number line. So stop with the ranking and wrap your head around the fact that you have just as much of a chance with someone as the girl labeled a 10 back in tenth grade. You can only be out of someone’s league if you’re silly enough to believe that leagues exist.

I’m always amazed by the way people try to make their negatives out to be worse than other peoples’ struggles. It’s the classic example of “ugh I have to write 10 pages by tomorrow” being countered with “oh yeah, well I have to write 11 pages by tomorrow.” How we got sucked into participating in one big competition of whose-life-sucks-the-most is beyond me, but it’s depressing and it needs to stop.

You know just as well as I do that if you keep putting it off you’ll just end up putting it off for the rest of your life, so make like Nike and JUST DO IT. You know that cool idea that you had that one time before you got too busy and too tired? Yeah that one. Do it. Who knows, maybe it’ll make you a millionaire or save a life or get you a free milkshake. Or maybe it’ll get you all three, so I’d say it’s definitely worth a shot.

There are so many things in this world that need to be said, and the above are none of those things. Don’t be the girl who cries wolf and complains all the time, it’s less than appealing and you are so much better than that. You know what they say: speak your mind even if your voice shakes, but be conscious of the impact your words have on others, and most importantly, yourself.